To share your memory on the wall of Virginia Thomas, sign in using one of the following options:

Virginia was born October 5, 1920 in Edwardsport, Indiana the daughter of Lloyd and Sophia (Fulford) Weininger. She was married in 1959 to Kent Thomas in Jefferson City, Mo. and he preceded her in death in 1972.

She owned and operated a beauty shop in Jefferson City, Mo. for numerous years prior to being employed at St. Joseph’s Nursing Home as their beautician. In her younger years, she worked at Frank’s, a women’s dress store, in downtown Jefferson City.

Virginia was a lifelong member of First United Methodist Church and loved the relationships she made through the woman’s groups.

In her free time, Virginia always wanted to be around family, especially when she was able to cook for family dinners. When her granddaughters were younger, she looked forward to Brie and Blake spending the night and playing beauty salon. Time with her girlfriends was important and they were passionate about their bridge games. Other favorite activities were quilting, reading, crossword puzzles with a pen, hunting for Morell mushrooms and she loved visiting the beaches in Hawaii. She was always humming songs and loved the oldies like Bing Crosby to keep her mood upbeat.

She was preceded in death by her parents; her husband, Kent; two sons, Ronald Thomas and James Shearer; two brothers, Lloyd Weininger and Clede Weininger; and two sisters, Catherine McKinley and Patricia Beals.

Due to the COVID-19 pandemic, graveside services and interment will be announced at a later time at Riverview Cemetery.

To send flowers to the family or plant a tree in memory of Virginia Thomas, please visit our Heartfelt Sympathies Store.

Receive notifications about information and event scheduling for Virginia

There are no events scheduled. You can still show your support by sending flowers directly to the family, or planting a memorial tree in memory of Virginia Thomas.
Visit the Heartfelt Sympathies Store

We encourage you to share your most beloved memories of Virginia here, so that the family and other loved ones can always see it. You can upload cherished photographs, or share your favorite stories, and can even comment on those shared by others. 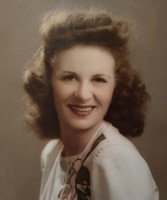