To share your memory on the wall of Virginia Watkins, sign in using one of the following options:

Virginia was a 1939 graduate of Central High School in Tulsa, Okla.

She and John lived in Tulsa for many years as they raised their daughter. Virginia was a homemaker and cherished the role as a wife and mother. For many holiday seasons while they lived in Tulsa, Virginia worked at Wolferman’s Store to help people find the perfect present for their loved ones. She met many different people during that time and enjoyed those relationships.

Virginia possessed a strong faith and was a member of First Christian Church, Disciples of Christ. She belonged to the Christian Women’s Fellowship for many years. She maintained her involvement with the church as she and John moved throughout his career from Tulsa, to Springfield, Mo., Houston, Tx., and later retired to Jefferson City, Mo. in 1985 to be closer to their daughter and her family.

Virginia’s life revolved around her family, supporting her husband and daughter. She enjoyed taking long drives with John and their trips to Bermuda. Later in her life, she lived for her two grandchildren and wanted to be a part of their daily lives. She would be found at all their activities and loved to have them stay at her house to spoil them. She enjoyed tending to her flower garden and was an avid reader.

More than anything, Virginia will be remembered for the love she shared with her family, especially with her husband of 69 years. Their unwavering love and support has been the gold standard for the rest of her family, who will always love and miss them both dearly.

In lieu of flowers, memorial contributions are suggested to the National Scoliosis Foundation, 5 Cabot Place # 5, Stoughton, MA 02072; Cystic Fibrosis Foundation by donating through the follow link, https://fightcf.cff.org/site/TR/GreatStrides/62_Iowa_Des_Moines?team_id=92805&pg=team&fr_id=7945; or the Special Olympics, 305 Special Olympics Drive, Jefferson City, MO 65101. Friends may mail sympathy cards to the funeral home or leave condolences online to be given to her family.

To send flowers to the family or plant a tree in memory of Virginia L. Watkins, please visit our Heartfelt Sympathies Store.

Receive notifications about information and event scheduling for Virginia

We encourage you to share your most beloved memories of Virginia here, so that the family and other loved ones can always see it. You can upload cherished photographs, or share your favorite stories, and can even comment on those shared by others.

Posted Nov 15, 2020 at 04:28pm
Connie and Darryl,
We are sorry for the loss of your mother. Please be comforted by the memories of her long life.
Sincerely,
John and Connie Wegman
Comment Share
Share via:
DC 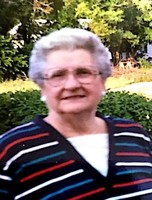 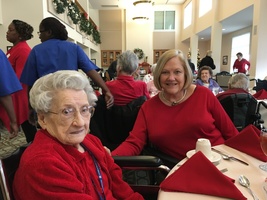 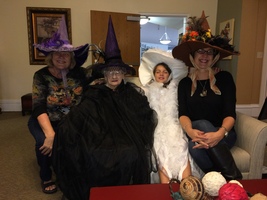