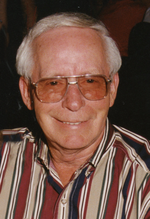 He was born on December 2, 1935 in Wellsville, Mo. the son of Walter M. Clark, Sr. and Gladys Adams. Bud’s mother, Gladys, would later marry Virdie “Pete” Bell who would quickly take on the role of father to Bud. He was married to Janice (Clark) Winer and to this union, his four children were born. Bud was later married on May 30, 1987 in Osage Beach to Linda Ann Reagan. She survives in the home.

Bud was a 1954 graduate of New Bloomfield High School and was a long-time member of the Missouri National Guard, having achieved the rank of E-7, Sergeant First Class. He was passionate about serving his community and was proud to have been able to help in times of crisis including the infamous Missouri State Penitentiary Riot of 1954.

As a younger man, Bud was a Reserve Deputy Sheriff with the Callaway County Sheriff’s Department. He worked for the State of Missouri FEMA for 30 years and was included in the disaster planning and safety protocols for the Callaway Energy Center, the nuclear power plant near Fulton. Most recently, Bud was the President and CEO of Missouri Rural Service Corporation, an insurance brokerage for public entities and nonprofits he started in the early 1980’s. He held this position until his retirement in 1997.

He was a member and past president of the New Bloomfield R-3 School Board.

Bud was a talented man and he enjoyed restoring tractors and woodworking. He fulfilled his lifelong dream of being a cattle rancher and loved raising cattle and tending to his farm. Bud was a hunter and found peace in the outdoors, often taking his children along to share his love for nature. He also watched a lot of western shows including Gunsmoke and Bonanza. Bud was an avid golfer and looked forward to catching up with his golfing buddies. He, along with his wife Linda were fond of traveling, Florida, Arizona and Branson being some favorite destinations.

Bud was an attentive and dedicated father. When his children were young, he took the time to teach them all multiple sports, even coaching some of their sports teams, and spent a lot of time truly engaged with them. He loved his family and cherished the memories he made with them, especially his children and grandchildren. His family will remember him as a funny, hardworking, well respected and successful man. He will be greatly missed.

He was preceded in death by his parents, Gladys and Virdie “Pete” Bell; his father, Walter Clark, Sr.; and one sister, Anita Finley.

Funeral services will be conducted at 1:00 p.m. Wednesday, February 16, 2022 in the Freeman Chapel with Pastor Steve Blacksher officiating. Graveside services and interment will be held at Riverview Cemetery.

A webcast of the funeral service will begin at 1:00 p.m. Wednesday, February 16, 2022 for friends that are not able to attend by going to his memorial page on Freeman Mortuary’s website.