To share your memory on the wall of William \"Bill\" Hall, sign in using one of the following options:

Print
William Roscoe “Bill” Hall, age 89, of Jefferson City, Mo., passed away Saturday, May 22, 2021 at his home surrounded by family.

A lifelong resident of Missouri, Bill attended high school in the small town of Elmer. He then went on to attend trade school to become highly skilled in the electronics field.

Bill spent his career perfecting his trade as an electronics technician. Bill could fix anything and spent many hours repairing televisions, radios, telephones and pagers. In the early 1950’s, Bill co-founded A&B Radio and Television. He later became part-owner and operator of Columbia Electronics (currently Tri-Star Communications) until his retirement. He was proud to help outfit many of the first responders with communication throughout central Missouri. At age 89, he was still tinkering; repairing his own clothes dryer, with help from YouTube!

Bill was proudly a lifetime member and volunteer for The Missouri Wing - Civil Air Patrol (CAP). CAP is a humanitarian organization and the official auxiliary of the United States Air Force. They are responsible for carrying out emergency services and disaster relief missions nationwide.

Bill was a ham radio enthusiast (KB0NXX). He enjoyed music - attending bluegrass festivals and visiting the Grand Ole Opry multiple times. He spent many weekends camping and boating. Despite being diabetic, he also had a great love for all things sweet with donuts, pumpkin pie and ice cream being his favorites.

Bill had a curious mind and a true love for learning. He was passionate about studying military history and steam engines. If he didn’t know how to do something, he would pick up a book and teach himself. Despite being born during the Great Depression, losing his father at an early age, and surviving several traumatic accidents; Bill overcame adversity and had a life well lived. He was always a hard worker, great father and made his family is extremely proud.

In lieu of flowers, memorial contributions are suggested to the American Diabetes Association by mailing any donations to P.O. Box 95, Jefferson City, Mo. 65102.

To send flowers to the family or plant a tree in memory of William "Bill" Hall, please visit our Heartfelt Sympathies Store.

Receive notifications about information and event scheduling for William "Bill"

We encourage you to share your most beloved memories of William "Bill" here, so that the family and other loved ones can always see it. You can upload cherished photographs, or share your favorite stories, and can even comment on those shared by others.

Posted May 23, 2021 at 09:44pm
Sandy, John & Amy I was so saddened to hear of your fathers passing. I know how hard it will be to say your final goodbye. Honestly, it’s not goodbye, it’s I’ll see you later. I hope you will find peace knowing that he is now reunited with your mother; can you imagine the celebration they had upon his arrival in Heaven? I’m sure it was nothing short of amazing.

Tho we’ve never really taken the time to get to know each other which is sad, please know you’re in my prayers. Uncle Bill & Aunt Connie were an amazing couple who showed what true love was like. 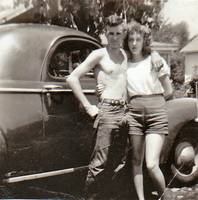 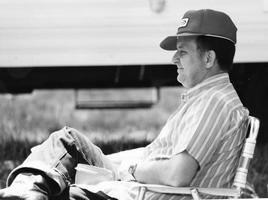