To share your memory on the wall of Willis Estep, sign in using one of the following options:

He was born on March 8, 1931 in St. Charles, Mo., the son of Thurman L. and Blanche S. (Shackelford) Estep. He was married to Lois Jean Nichols on March 5, 1976 at the First United Methodist Church in Jefferson City, Mo. She survives at the home.

Willis was a 1949 graduate of Jefferson City High School. Following graduation, he enlisted in the United States Air Force. He proudly served our country during the Korean War and was honorably discharged as an Airman 1st Class in 1952. Willis then went on to study at the Missouri School of Mines and Metallurgy and earned his B.S. in Physics in 1956.

Willis accepted a position with Carter Oil Co. in 1956 working in the oil fields of Turkey as a seismologist. While in Turkey, he had the opportunity to travel extensively in Europe, including Austria where he learned to ski, and Brussels, Belgium where he attended the 1958 World’s Fair. He then worked as the Senior Engineer with EG&G in Las Vegas, Nevada from 1967 until 1969. Willis returned to Missouri to teach math, science, and electronics at various schools from 1970 until 1976. Willis worked at Westinghouse/ABB from 1976 as an engineer to his retirement in 1991.

Willis was a man of faith and enjoyed serving as an usher at the First United Methodist Church where he and Lois have been members for many years. He was also a Master Mason and a member of the Grand Lodge of Missouri for over 67 years.

Willis enjoyed God’s creation and spent a lot of time outdoors, hiking, fishing and skiing. He cherished memories of taking his sons fishing and camping when they were young and loved traveling with his wife. His grandchildren were a source of great joy for him and he loved spending time with each of them. Family was always Willis’ first priority and he loved his wife more than life itself.

He was preceded in death by his parents, Thurman and Blanche Estep.

A webcast of the service will begin at 1:00 p.m. Saturday, January 23, 2021 for family and friends to view by going to the “photos and videos” tab on this page and scrolling down to the webcasting link. Friends may mail sympathy cards to the funeral home to be given to his family.

In lieu of flowers, memorial contributions are suggested to the First United Methodist Church of Jefferson City, The Parkinson’s Foundation or a charity of the donor's choice.

To send flowers to the family or plant a tree in memory of Willis Estep, please visit our Heartfelt Sympathies Store.

Receive notifications about information and event scheduling for Willis

We encourage you to share your most beloved memories of Willis here, so that the family and other loved ones can always see it. You can upload cherished photographs, or share your favorite stories, and can even comment on those shared by others.

Posted Jan 21, 2021 at 09:49am
Lois, I enjoyed assisting with Willis’s care over the last several months. He was a very sweet man and was appreciative of the care given to him. He loved you a lot and I know he will be missed by all his family and friends. May he Rest In Peace and my deepest sympathy to you and your family.
Comment Share
Share via:
LF

Posted Jan 17, 2021 at 04:15pm
I have only good memories of Uncle Willis. When young, he was our jungle gym. He was the kindest, sweetest, gentle, man in my life. Always a smile, soft spoken and caring. He ran errands for his mother for years. Those are the years that I will always remember as he always did what he did not have to do. I will never forget him. Love, hugs and prayers to Lois, cousins, and family.
Comment Share
Share via:
J

Thinking of you Lois. I am sorry for your loss🙏🏻 Julie (Jones) McKinney 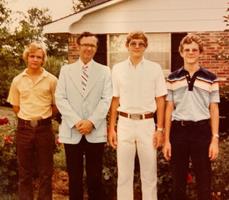 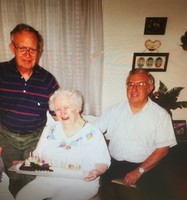