To share your memory on the wall of Wilma Mueller, sign in using one of the following options:

Wilma was born November 28, 1937 in Springfield, Mo. the daughter of Wilber and Elizabeth (Crocker) Jones. She was first married to Muriel E. Hale in 1956 to which her seven children were born. She later married Robert R. Mueller on August 12, 1982, who preceded her in death on April 3, 1991.

Wilma graduated from Jefferson City High School in 1955, one year earlier than her former class at the age of 16. While in high school, she enjoyed singing in Capitol Caroling and that love of music carried on throughout her life. She had a beautiful voice and would never hesitate to sing in church or at home.

Family was always the center of her life with her favorite place being at home with her family and friends. There she enjoyed playing games and sharing stories of times – past, present, and exploring what may happen in the future. When her children were younger, she cherished time with them as a homemaker as they moved frequently with her husband being in the military. Wilma was a great cook and will be remembered for her delicious donuts she would make for family and friends. She was also an accomplished streamstress and worked as a waitress for several years.

Wilma was quite the artist and won several awards throughout her life for her still life and abstract works in several different mediums. She also was a writer and had some of her poetry pieces published.

Visitation will be held at Freeman Mortuary from 10:00 a.m. until 11:00 a.m. Thursday, August 15, 2019 with her funeral immediately following at 11:00 a.m. in the Freeman Chapel with Travis Hardesty officiating.

Graveside services and interment will be held at 3:00 p.m. Thursday, August 15, 2019 at the Pacific City Cemetery in Pacific, Mo.

To send flowers to the family or plant a tree in memory of Wilma D. Mueller, please visit our Heartfelt Sympathies Store. 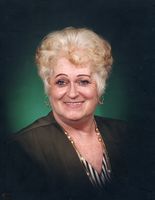