To share your memory on the wall of Armon Ernst, sign in using one of the following options:

Provide comfort for the family of Armon Ernst with a meaningful gesture of sympathy.

He was born on March 15, 1935 in Prairie Home, Mo., the son of Arthur and Lola (Scott) Ern... Read More
Armon Leslie Ernst, age 84 years, of Jefferson City, passed away Monday, March 25, 2019 at Capital Region Medical Center surrounded by his family.

A lifelong resident of Missouri, Armon was a 1953 graduate of Prairie Home High School. Following graduation he proudly served in the United States Army in Korea.

He was employed with Chesebrough-Ponds and its successor, Unilever, Inc. for 26 years as their maintenance manager. Even after retirement, he worked in the Unilever employee store for many years.

He was a man of faith, holding membership and volunteering at Capital West Christian Church in Jefferson City, Mo. since 2002. Armon also served as the President of the water board in St. Martins.

He cherished time with his family and loved them unconditionally. Armon always put them first in life: attending every event and celebration to cheer on family and more importantly, he was there to always tease with his unique sense of humor. He was also an avid sports fan, especially cheering for his grandchildren when they played sports and rooting for the Kansas City Chiefs and Royals. Armon was always known for his hard work ethic and he could always be found working in his yard or fixing something for family members. During his free time, he loved to go bowling and fishing. He even bowled in the California senior citizen Wednesday league, bowling a game last month.

He was preceded in death by his parents, one brother and one sister.

A memorial service will be conducted at 11:00 a.m. Thursday, March 28, 2019 at Capital West Christian Church with Ken Harland and Mark Landis officiating. Graveside service and interment with military honors will be a private service at Pisgah Cemetery in Pisgah, Mo.

We encourage you to share your most beloved memories of Armon here, so that the family and other loved ones can always see it. You can upload cherished photographs, or share your favorite stories, and can even comment on those shared by others.

The Frazer Family and Boxes, Inc have sent flowers to the family of Armon Ernst.
Show you care by sending flowers

Posted Apr 02, 2019 at 11:58pm
Peggy, I am sorry for your loss. It will be so lonely after 62 years with Armon. My prayer for you is that you will feel the Lord's arm around you, comforting you in your sorrow.
Janet Gundy
Comment Share
Share via:

Posted Mar 27, 2019 at 02:02pm
Armon was my boss and great friend while I worked at Chesebrough and Unilever I will always remember those good times at work. He joins the list of the people who worked in maintenance and has moved to a much better place.
Comment Share
Share via:
TF

The Frazer Family purchased flowers for the family of Armon Ernst. Send Flowers 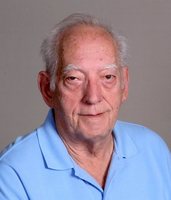 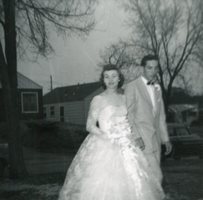 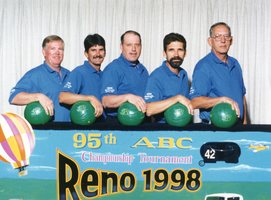