To share your memory on the wall of Art Schlender, sign in using one of the following options:

Art was born on December 18, 1950 in Hildesheim, Germany, the son of Ernst and Marta (Kropp) Schlender. He was married on September 6, 1980 in Jefferson City, Mo. to Doris Brunner, who survives.

Growing up in Germany until the age of two, Art’s family moved to central Missouri to live in Cole Camp, Mo. for a few years. His family became members of St. John’s Lutheran Church in Cole Camp. They later moved to Sedalia, Mo. where Art was a 1968 graduate of Green Ridge High School. Shortly after graduation, he worked briefly as a sheet metal worker until he enlisted in the Missouri Army National Guard. It was here he would start and end his 41-year career – devoted to the United States.

Art was quickly selected as the top trainee and promoted to Private First Class at Fort Benning, Ga. in November 1969. He completed basic training and then moved on to helicopter maintenance school. After that schooling, he came back to the Missouri Army National Guard in Sedalia where he served as the aviation maintenance section leader being promoted to the rank of Staff Sergeant. He moved to Jefferson City in 1971 as a helicopter maintenance technician where he would eventually help start a program to convert all Army Fixed Wing aviators to Rotary Wing aviators. During that process, Art had the opportunity to become an Army aviator and he looked forward to the challenges as he completed all the qualification courses to become a helicopter pilot. He later became a helicopter instructor, instrument examiner, a Fixed Wing instructor and examiner, and a member of the Quiet Birdman Pilot Group. During that time, he was qualified to fly four different airframes: OH-58, UH-1 (Huey), UH-60 (Blackhawk) and C-12. He spent time flying in Central America during the drug war periods. He became the commander of Detachment 40, OSACOM (Fixed Wing Unit) in 2001 with the Missouri Army National Guard. He proudly served at this capacity until his retirement in August 2010 as a Command Chief Warrant Officer Five.

Art proudly served on active duty with the United States Army in support of Operation Iraqi Freedom in 2005 and served overseas in Kuwait. He flew missions in numerous countries in the Middle East including Kuwait, Iraq and Afghanistan.

He noted that, “if he could do it over again, he would not change a single thing.” He credited his successes to the support and patience of his loving wife, Doris.

Always active in the community, Art was a member of the B.P.O. of the Elks, Lodge #513 and the Lion’s Club of Jefferson City. He loved animals so he volunteered at the Jefferson City Animal Shelter where he helped clean, groom and play with the animals.

Art’s fondest memories are all with his children and grandchildren. He enthusiastically helped support his kids and grandchildren in all their activities. When they needed help or guidance, they always could count on Art’s advice, patience and support. He spent time traveling with his wife to Florida and looked forward to trips back to his birthplace in Germany. Art was extremely active and loved being outdoors: working in his yard, fishing and spending time at their home at the Lake of the Ozarks.

Art was preceded in death by his parents, Ernst and Marta Schlender; and a brother, Ron Kropp and his wife Jean.

Funeral services will be conducted at 10:00 a.m. Friday, March 13, 2020 at Faith Lutheran Church with the Reverend Eric Gledhill officiating. Graveside services and interment with military honors including a helicopter memorial fly over will be held at 2:00 p.m. Friday at the Missouri State Veterans Cemetery in Jacksonville, Mo.

To send flowers to the family or plant a tree in memory of Art Schlender, please visit our Heartfelt Sympathies Store.

Receive notifications about information and event scheduling for Art

We encourage you to share your most beloved memories of Art here, so that the family and other loved ones can always see it. You can upload cherished photographs, or share your favorite stories, and can even comment on those shared by others.

Starline Family and Detachment 40 sent flowers to the family of Art Schlender.
Show you care by sending flowers

Guaranteed hand delivery by a local florist
B

Posted Mar 26, 2020 at 06:16pm
I was a great honor to work with Art. He could land that plane so smooth. The lord has welcomed you with open arms.
Billy Brown
Comment Share
Share via:
AW

Posted Mar 13, 2020 at 08:49pm
I did not know Warrant Officer Art Schlender but I stand in awe of his life, including being a first generation immigrant, devoted to the defense of his Country and freedom everywhere. My experience in the U.S. Army was that "mustangs" (officers who had once been enlisted men and women) were often the "best of the best" in leadership qualities and applying practical solutions to problems. They were usually liked and respected because everyone knew they had "been there." My sympathy to Art's family. Alan T. Wright, Pawleys Island, SC.
Comment Share
Share via:
SF

Posted Mar 11, 2020 at 07:06pm
Doris and family...we are so very sorry to hear of Art's passing. I remember when we were neighbors on Parkcrest Dr., many years ago. You and your family are in our prayers. Art and Karen Conover, South Carolina
Comment Share
Share via:
PH 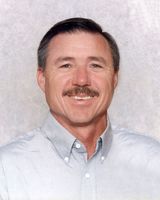 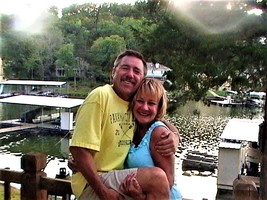 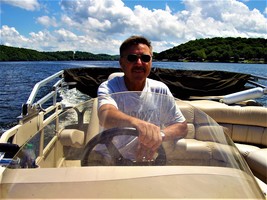