To share your memory on the wall of Brent Ireland, sign in using one of the following options:

Provide comfort for the family of Brent Ireland with a meaningful gesture of sympathy.

He was born on October 3, 1978 in Tooele, Utah, the son of Timothy and Sharon (Rebentisch) Ireland. He was married on September 26, 1998 in Salem, Mo. to Amie Rictor who survives at the home.

In his younger years, Brent was a boy scout and enjoyed camping in the high Uinta Mountains of Utah. He loved soccer, swimming, basketball, chess and at this time started to foster his lifelong love of reading. His family later moved to the central Missouri area and he graduated from Jefferson City High School in 1997.

Brent worked several different jobs in Jefferson City. He was most recently employed with Missouri MENTOR where he gave social and professional support to individuals with developmental disabilities.

Brent was passionate about lifting weights and also worked out with his children. He was a tropical fish enthusiast and had several aquariums in the home. In his down time, he could often be found in front of an aquarium relaxing in the serenity that he found there. Brent had a razor-sharp mind and was an avid reader with a photographic memory. He had acquired a wealth of knowledge on many various topics and was always anxious to share this knowledge for the benefit of his family. Brent enjoyed playing games with his family and loved taking walks with his wife. He loved football and was a huge Chiefs fan, enjoying many games with his mother. Brent’s fondest memories all included being with his family who will miss him dearly.

Funeral services will be conducted at 4:30 p.m. Saturday, August 24, 2019 in the Freeman Chapel with Craig Jacobs officiating. Graveside services and interment will be held at Riverview Cemetery.

In lieu of flowers, memorial contributions are suggested to the Ireland Children Educational Fund.

We encourage you to share your most beloved memories of Brent here, so that the family and other loved ones can always see it. You can upload cherished photographs, or share your favorite stories, and can even comment on those shared by others.

Seth and Mary Deeken have sent flowers to the family of Brent Aaron Ireland.
Show you care by sending flowers

Posted Aug 23, 2019 at 05:15pm
Dear All,
I am thinking of each and everyone of you during this difficult time ....Please know that I am praying for peace in your hearts, and comfort within. Sending huge hugs, lots of love, and God Bless you all in remembrance of our beloved Brent.

Posted Aug 23, 2019 at 03:18pm
Please accept our most heartfelt sympathies for your loss... Our thoughts are with you and your family during this difficult time.

Flowers were purchased for the family of Brent Ireland. Send Flowers

Posted Aug 23, 2019 at 12:39pm
Dear Ireland Family:
So sorry to hear of the death of your husband and father, Brent. I know how much this must hurt. Please know that my thoughts and (many) prayers are with you. Let me know if I can help. 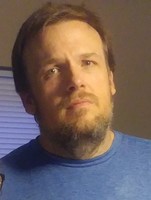 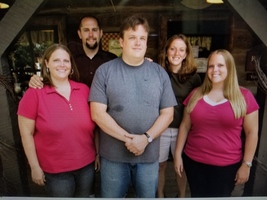 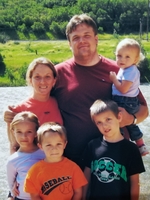 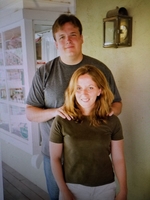