To share your memory on the wall of Carol Reynolds, sign in using one of the following options:

She was born to Georgia Imalene Sanders on May 3, 1957 in Centralia, IL. When she was young, her family relocated to Missouri where she gr... Read More
Mrs. Carol Ann Reynolds, 61, of Jefferson City, Mo., passed away Tuesday, April 23, 2019 at home.

She was born to Georgia Imalene Sanders on May 3, 1957 in Centralia, IL. When she was young, her family relocated to Missouri where she grew up and eventually graduated from Columbia College with a Licensed Practical Nursing degree.

Carol became a dedicated and compassionate nurse, working for over 43 years with various nursing homes, all while raising her four children. Carol was the foundation that her children built their lives around. She instilled in them the importance of family values, patience, and unconditional love. When she did have free time, Carol loved to listen to music, enjoyed puzzles and computer games, and spoiling her grandchildren.

She was preceded in death by: her mother; her daughter, Leanna Reynolds in 1993, her brother, Eugene “Gene” Greer and her grandson, Brennan Reynolds in 2013.

To send flowers to the family or plant a tree in memory of Carol Reynolds, please visit our Heartfelt Sympathies Store. 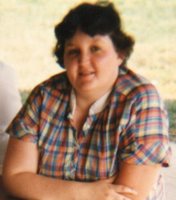