To share your memory on the wall of Charles DeSha, sign in using one of the following options:

He was born on November 14, 1937 in Hillview Ill. the son of James Victor and Mina Mozell (Morgan) DeSha. Charles was married on December 22, 1963 to Dolores Schutz in Hillview, Ill. She survives at the home.

Charles was not only a lifelong learner of great intellect and intelligence, but could work with his hands in any capacity. He graduated from Greenfield High School, Greenfield, Illinois then enlisted in the United States Air Force. Charles proudly served his country for 10 years. After his service in the Air Force, Charles earned a college degree from Quincy College, a Master’s Degree in Business Administration from Lincoln University and completed all coursework towards a PHD.

Charles served as a businessman in a variety of ways throughout his extensive professional career.

He was a man of quiet faith, not always vocal about his deep rooted convictions. Those closest to him, however, knew him as a follower of Christ. He and his wife were members of First Assembly of God in Jefferson City.

Charles loved being active in mind and body. He enjoyed boating and sailing, playing sports with his kids and grandkids and taking care of his beautiful flower gardens. Charles was an avid reader and kept his mind sharp by poring over countless books. Charles had a heart for giving and was dedicated to helping others. Early in their marriage, he and his wife were foster parents and provided a loving home for children in need of support. He exuded positivity and charisma and walked with confidence and purpose. He was always there to provide a smile, a word of encouragement or the occasional lighthearted joke. Charles was a man of big ideas and never limited himself when it came to his goals. He was a multitalented dreamer who could accomplish anything he dedicated his mind to. Most of all, Charles reveled in spending time with his family. His grandchildren were the light of his life.

He was preceded in death by his parents; four brothers, Carl, LeRoy, David and Randall DeSha; one infant brother, Robert DeSha.

Private memorial services will be conducted Thursday, December 10, 2020 with the Reverend Lowell Perkins officiating. Graveside services and interment with military honors will be held at Pinetree Cemetery in Patterson, Ill.

A webcast of the funeral service will be provided at the church website firstassembly.org and will begin at 10:00 AM. Friends may mail sympathy cards to the funeral home or leave condolences online to be given to his family.

To send flowers to the family or plant a tree in memory of Charles A. DeSha, please visit our Heartfelt Sympathies Store.

Receive notifications about information and event scheduling for Charles

There are no events scheduled. You can still show your support by sending flowers directly to the family, or planting a memorial tree in memory of Charles A. DeSha.
Visit the Heartfelt Sympathies Store

Posted Dec 11, 2020 at 03:58pm
Charles and Dolores were there for me in some of my darkest hours. I will always be grateful for their friendship. Charles was a sweet man and I know he is in heaven now watching over Dolores. So be good Dolores.
Blessings and Sympathy.
Love Betty (Benz) and John Pulliam
Comment Share
Share via:
MJ

Posted Dec 09, 2020 at 11:15pm
Charles (and wife Dolores) was generous- He provided a job for my mother when she was re-entering the workforce after many years of being a homemaker. He was a kind host and will be missed!
Comment Share
Share via:
VI

Posted Dec 09, 2020 at 08:38pm
Deloris, I just found out. So very sorry for your loss of Charles As we have talked about, he is in better place. Prayers for you & your family.
Comment Share
Share via: 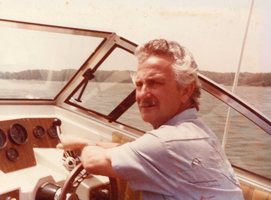 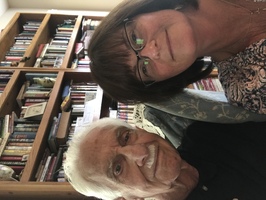