To share your memory on the wall of Cindy Fisher-Ojeda, sign in using one of the following options:

Provide comfort for the family of Cindy Fisher-Ojeda with a meaningful gesture of sympathy.

She was born on May 12, 1957 in Quincy, Illinois, the daughter of Eldon Leroy and Doris (Bastean) Elledge. ... Read More
Cindy Sue Fisher-Ojeda, age 61, of Jefferson City, Mo., passed away on Wednesday, March 20, 2019, at River City Living Community.

She was born on May 12, 1957 in Quincy, Illinois, the daughter of Eldon Leroy and Doris (Bastean) Elledge. Her mother later married, Paul Richard Fisher, who adopted and raised Cindy from the age of three.

She was married on September 6, 1996 at Natural Bridge in Henley, Mo. to Leo Ojeda who preceded her in death in February of 2012.

A lifelong resident of Cole County, she attended school at the Cole County R-V School in Eugene, Mo.

Cindy was employed with Scholastic for over 10 years and was a member of Mt. Zion Baptist Church.

Cindy worked hard as a single mother to raise three children and loved spending time with her family playing cards and yahtzee. She called her grandbabies every day to check in on them and was such a good listener. She loved listening to music while spending time with her siblings and friends. Cindy was easy going, giving and thoughtful – she never knew a stranger. Her family will miss her dearly.

She was preceded in death by her parents, Paul and Dody Fisher; her husband, Leo Ojeda; a sister, Sissy Fry; a brother, Joe Fisher; and a brother-in-law, Larry Matthews.

Memorial services will be conducted at 4:30 p.m. March 25, 2019 at Mt. Zion Baptist Church with the Reverend Richard Erhardt officiating.

We encourage you to share your most beloved memories of Cindy here, so that the family and other loved ones can always see it. You can upload cherished photographs, or share your favorite stories, and can even comment on those shared by others.

Posted Mar 28, 2019 at 07:39am
My deepest sympathy to each of you for your loss. Deep sorrow fills your hearts at this time. May you find comfort and strength in Almighty God. He is the Giver of life. It saddens him when we shed tears of sorrow.  Through his Word he gives us comfort and hope for those who have fallen asleep in death. 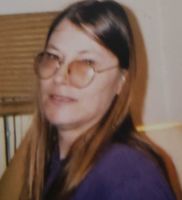