To share your memory on the wall of Daniel Maasen, sign in using one of the following options:

Print
Daniel Joe Maasen, age 71, of Jefferson City, MO passed away on Sunday, December 20, 2020 surrounded by his loving family at his home.

He was born July 9, 1949, a son of the late Raymond and Dorothy (Wilde) Maasen of Westphalia, Mo. He w... Read More
Daniel Joe Maasen, age 71, of Jefferson City, MO passed away on Sunday, December 20, 2020 surrounded by his loving family at his home.

He was born July 9, 1949, a son of the late Raymond and Dorothy (Wilde) Maasen of Westphalia, Mo. He was united in marriage on June 28, 1980 to Judith Ann (Erhart) Farley in Jefferson City, Mo., who survives at the home.

Daniel was a 1967 graduate of Fatima High School. After graduation, Daniel went straight into the workforce for the Missouri State Highway Department, where he worked for several years. He later retired from ABB after working there for over 30 years.

Danny loved deer hunting, playing pitch, and drinking a cold beer with friends. Most of all he liked spending time with his two granddaughters teaching them how to deer hunt and play pitch. They spent a lot of time at the Runge Nature Center walking their favorite trails and watching the wildlife. He was loved very much and will be sadly missed by his family and friends.

He was preceded in death by his mother and father.

A celebration of life will be held at the Fraternal Order of Eagles, 1411 Missouri Blvd., Jefferson City, MO on Monday, December 28, 2020 from 3:00 to 5:00 pm. Everyone is welcome but please wear a personal mask.

In lieu of flowers: donations may be made to the American Cancer Society or to Hospice Compassus at 2414 Hyde Park Rd., Jefferson City, MO. 65109.

To send flowers to the family or plant a tree in memory of Daniel Maasen, please visit our Heartfelt Sympathies Store.

Receive notifications about information and event scheduling for Daniel

We encourage you to share your most beloved memories of Daniel here, so that the family and other loved ones can always see it. You can upload cherished photographs, or share your favorite stories, and can even comment on those shared by others.

Posted Dec 22, 2020 at 05:08pm
Pat, I am sorry to hear this sad news. My heartfelt sympathy to you and the entire Maasen family. Rita (Bauer) Hinton
Comment Share
Share via: 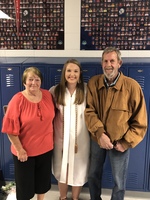 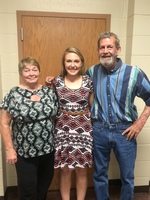 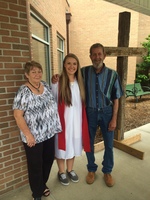