To share your memory on the wall of Danny Corrigan, sign in using one of the following options:

Provide comfort for the family of Danny Corrigan with a meaningful gesture of sympathy.

A lifelong resident of the central Missouri area, Danny was a 1963 graduate of Helias High School.

Following graduation, Danny enlisted in the United States Navy serving in the Vietnam War as a crew chief. He flew 120 missions with different Recon Squadrons flying over North and South Vietnam. After his Vietnam service, Danny joined Lear-Sigler traveling the world as an aircraft mechanic. In 1972, he and his twin brother, Dennis, began operating Schumate Chapel Service until October, 1986. In 1977 he joined the Missouri Army National Guard and was active duty until his retirement in 2000. Danny received numerous accommodations during his 26 years of military service including: the Vietnam Service Medal, National Defense Service Medal, Humanitarian Service Medal, and Senior Aircraft Crewman Badge.

Danny was passionate about serving his country and very generous with his time and talents. When he retired, he became a volunteer driver with the Department of Veterans Affairs. Through this work for over 15 years, he was able to assist other veterans with transportation to and from doctors’ appointments. Danny was a member of the American Legion, Roscoe Enloe Post 5, the Navy Club and the Knights of Columbus.

Danny enjoyed time at the beach and fishing, especially at his “Fishing Shack” at the Lake of the Ozarks. Danny’s fondest memories were of spending time with family and friends. He will be remembered for his kind heart, welcoming nature and contagious laughter.

Danny was preceded in death by his parents; his wife of 32 years, Brenda Corrigan; his twin brother, Joseph “Dennis” Corrigan who passed away a few months ago; his brothers, Robert Corrigan and James Corrigan; and brothers-in-law, Clarence Blume and Bob Jones.

Mass of Christian Burial will be conducted at 10:00 a.m. Friday, December 20, 2019 at St. Peter Catholic Church with the Reverend Jeremy Secrist and Deacon Tom Gerling officiating. Entombment with military honors will be held at the Mausoleum of Resurrection Cemetery.

In lieu of flowers, memorial contributions are suggested to the Disabled American Veterans (DAV) or the Central Missouri Honor Flight.

We encourage you to share your most beloved memories of Danny here, so that the family and other loved ones can always see it. You can upload cherished photographs, or share your favorite stories, and can even comment on those shared by others.

Posted Dec 20, 2019 at 01:53pm
Julie and Ashley, I’m so sorry I had to work and couldn’t be there. I obviously remember your dad growing up but I also had the pleasure of seeing him help other veterans at the VA and it was so great to see him. I’m sorry for your loss but I’m sure I don’t have to tell you what a blessing he was to others.
Comment Share
Share via:
S

Posted Dec 19, 2019 at 04:52pm
Deepest sympathy to the family of my childhood friend Danny. We had some awesome times....RIP old friend! Wes Distler
Comment Share
Share via:
BM

Posted Dec 19, 2019 at 02:18pm
what a great guy always helping out other folks I would see him from time to time at the va hospital and we would catch up on everyone. my salute to him for many years of service.
bennie morrow
Comment Share
Share via:
HS

Flowers were purchased for the family of Danny Corrigan. Send Flowers

Posted Dec 18, 2019 at 03:46pm
Eternal rest grant unto him, O Lord, and let perpetual light shine upon him. May the souls of all the faithful departed, through the mercy of God, rest in peace.
Comment Share
Share via: 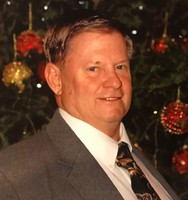