To share your memory on the wall of Dennis Corrigan, sign in using one of the following options:

Provide comfort for the family of Dennis Corrigan with a meaningful gesture of sympathy.

Dennis was born August 29, 1945 in Jefferson City, Mo. the son of Francis J. and Blanche M. (Suiter) Corrigan. He was married in Brownsville, New Jersey to Terry D. Hayden.

A resident of Jefferson City for the majority of his life, Dennis was a 1963 graduate of Helias High School.

He served in the United States Navy during the Vietnam War. After service in Vietnam, Dennis worked with Lear-Sigler. During these years, he and his family traveled across the world as he worked as an aircraft mechanic. In September 1972, he and his twin brother, Danny, began operating Schumate Chapel Service until October, 1986. Dennis also enlisted in the Missouri Army National Guard serving for thirty-seven years prior to his retirement as a Master Sergeant in 2005.

Dennis was proud of his service to our country and had great respect for our flag. He was a member of the American Legion, Roscoe Enloe Post 5 and the Navy Club. He received the Army Commendation Medal, Meritorious Service Medal, Conspicuous Service Medal, as well as, numerous letters of appreciation and recognition.

Dennis will be remembered for his generous heart and big smile. He truly enjoyed helping people and never met a stranger, he loved everyone. He enjoyed cooking for family and barbequing at the armory during the National Guard’s Drill Weekends. He cherished time with his family, especially trips to Destin, Colorado, Washington D.C. and the Dominican Republic.

He was preceded in death by his parents; two brothers, Robert E. Corrigan and James K. Corrigan; one sister-in-law, Brenda Corrigan; and two brothers-in-law, Clarence Blume and Bob Jones.

Funeral services will be conducted at 11:30 a.m. Thursday, September 19, 2019 in the Freeman Chapel with the Deacon Tom Gerling officiating. Graveside services with military honors will be held at Resurrection Cemetery.

We encourage you to share your most beloved memories of Dennis here, so that the family and other loved ones can always see it. You can upload cherished photographs, or share your favorite stories, and can even comment on those shared by others.

Posted Sep 23, 2019 at 06:15pm
I met Dennis & Danny in 1975 at their service garage. He & Danny were very good to me. I really enjoyed knowing them.I was just a kid working at Dix Nursery. May he RIP & my heartfelt condolences to his family. Bill McIntosh
Comment Share
Share via:
CB

Posted Sep 18, 2019 at 06:03pm
Terry; members of the Corrigan Family: While we are mourning the loss of our dear friend & comrade Dennis, others are rejoicing to meet him behind the veil. The angels are always near to those who are grieving, to whisper to them that their loved one is safe in the hand of God. God Bless MSG (Retired) Dennis Corrigan and the country he loved.
Comment Share
Share via:
D

Posted Sep 18, 2019 at 12:06pm
To the Corrigan Family, we won't be able to make it to the wake tonight, but we want you to know that our prayers and thoughts are with all of you. We have had many good times with Mike, Dennis, and Danny, going back to when I was in college at MU in Columbia and the three of you would come see Bobbie and I. We thank Dennis and all of you for those Great Memories ! 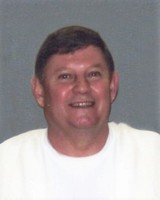 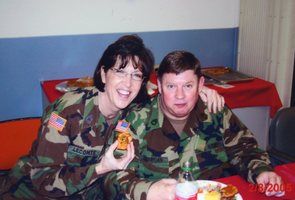 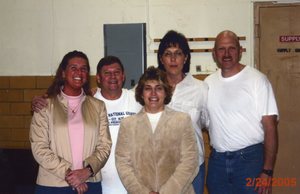 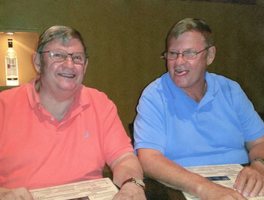