To share your memory on the wall of Donald Jones, sign in using one of the following options:

A longtime resident of the Central Missouri area, Don graduated from Russellville High School in 1949. He was employed for many years with Kaw Transport as a truck driver delivering gasoline and propane to various locations around Missouri.

Don was a man of faith and a member of the Russellville Baptist Church. Alongside his wife, he built a home and a family strong in faith. He was an avid reader, his favorites being westerns and he read the Bible several times throughout his life. Don was a sports lover, playing basketball and softball in his younger years and most recently watching Chiefs football. Don could often be heard reciting poems, telling jokes and singing jingles he remembered from various times of life. He was always friendly and social, never missing a chance to visit or catch up with someone. He appreciated God’s creation and spent a lot of time outdoors around the farm, often taking his sons along to help with farm chores.

Simply put, Don was a good man. He was active in the lives of his children and grandchildren. He was a man people could count on or turn to when they needed guidance, advice or a laugh. He will be remembered for being thoughtful, loving, wise, strong and for raising the most delicious tomatoes ever.

Don was preceded in death by his parents, Jesse and Evelyn Jones; and granddaughter, Tori Jones.

Funeral services will be conducted at 11:00 a.m. Tuesday, December 8, 2020 at the Russellville Baptist Church with the Reverend Rusty Kuhns officiating. Graveside services and interment will be held at Enloe Cemetery.

Those attending services are asked to follow social distancing guidelines. Masks are encourage while in attendance.

To send flowers to the family or plant a tree in memory of Donald Jones, please visit our Heartfelt Sympathies Store.

Posted Dec 07, 2020 at 10:24am
Debbie and family,
My deepest sympathies go out to you and your family. Wishing well of you and your family in this time of loss. May God give you peace that you seek. God bless, take care, be safe.

Posted Dec 06, 2020 at 02:01pm
Our sympathies to Amy and family. Donald and I always visited at reunions. He will be greatly missed. 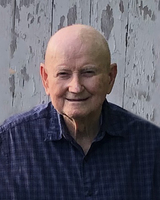