To share your memory on the wall of Donald Odneal, sign in using one of the following options:

Don was united in marriage to Mary J... Read More
Donald Lee Odneal, 80, of Jefferson City, passed away at his home November 12, 2020.

Don was united in marriage to Mary Jane Case on June 26, 1960, at the Bunceton Baptist Church.

Don was a 1957 graduate of Bunceton High School. He attended the University of Missouri Columbia and graduated from the Chicago Drafting and Design School in 1962. He worked at the Missouri Department of Transportation, District 5 in Jefferson City, and retired as a Senior Designer after 36 years of service. After retirement, he worked part-­time at the Jefferson City Country Club Golf Course for ten years.

He was proud of being a local high school basketball official for 21 years. He also served on the board of the Jefferson City Basketball Officials Association.

He enjoyed being outdoors, gardening, and working in his yard. Don and Jane even once earned the Yard of the Month for Jefferson City. For many years he enjoyed annual pheasant hunting trips to Nebraska. He also liked crappie fishing and many annual trips to Canada to catch walleye. Don truly enjoyed his special group of card players and golf buddies for weekly gatherings. Don enjoyed life and was a friend to everyone that knew him.

Don was an avid St. Louis Cardinal fan - especially when they won. He loved sports and was Robert's baseball manager for several seasons. He was proudest taking one team to the Babe Ruth World Series in Buffalo, New York. Don took great pride in managing those teams and players.

He was a member for over 50 years and past Trustee of the Fraternal Order of Eagles #2693 Jefferson City; past member of the Board of Directors District 5 Credit Union; and a 50 year member of the Masonic Lodge, Capital Shrine Club and 33rd Degree York Rite Freemason Lodge. He was a member of the Wesley United Methodist Church for many years serving as usher and various committees.

He was preceded in death by his parents, two year old twin sister Dorothy Marie Odneal, and brother-in-law and sister-in-law Jim and Dean Case.

Private family services will be held on Monday, November 16, 2020. A celebration of life will be scheduled at a later date.

To send flowers to the family or plant a tree in memory of Donald Odneal, please visit our Heartfelt Sympathies Store.

Print
Private family services will be held on Monday, November 16, 2020. A celebration of life will be scheduled at a later date.

Posted Nov 17, 2020 at 08:18pm
"......At the rustling of the leaves and in the beauty of the autumn we remember them.
At the beginning of the year and when it ends we remember them......
For as long as we live, they too will live, For they are now a part of us, as we remember them......"
~excerpt from Gates of Prayer~
To Jane and family--We send our deepest sympathy and condolences for the loss of Don.
From Gary and Kristin Van De Velde.

I am so sorry in your loss. I have so many wonderful memories of Donald from the years we
spent at Bunceton School.

I send my heartfelt condolences. He will long be remembered as a classmate in Bunceton
School. I send my deepest sympathy. Wesley Brizendine, Springfield, Missouri.
Comment Share
Share via: 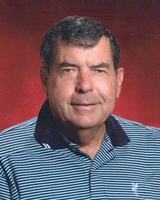