To share your memory on the wall of Dr. Harold Carter, sign in using one of the following options:

Provide comfort for the family by sending flowers or planting a tree in memory of Dr. Harold Carter

Provide comfort for the family of Dr. Harold Carter with a meaningful gesture of sympathy.

He was born on January 30, 1930 in Lee’s Summit, Mo., the son of Albert and Florida (Epple) Carter. He was married on December 29, 1951 in Jackson, Tennessee to Paula Jean Ross who survives of the home.

A lifelong resident of the Central Missouri area, Harold graduated from Lee’s Summit High School in 1948 – he was known there as the “Lee’s Summit Flash” for his numerous football and track accomplishments. He led Lee’s Summit High School to three consecutive indoor state championships as well as one outdoor track championship. He earned 14 medals at the Missouri State track meets with 8 being gold. He also led their basketball team to one state title and finishing runner-up. Harold earned 12 varsity letters in high school in football, basketball, track and baseball. He then attended the University of Missouri – Columbia on an athletic scholarship, majoring in Physical Education and minoring in Science. He graduated from MU in 1952. While at Mizzou, he earned six varsity letters as well as playing in the 1949 Gator Bowl. On the Gator Bowl trip, the team was invited to the White House to meet President Harry S. Truman. Harold played football under Coach Faurot and ran track under Coach Botts, both iconic coaches that are both in their respective sports halls of fame. In his football career at Mizzou, he served on both the offensive and defensive sides of the field as well as returning punts and kickoffs. Following the University of Missouri, Harold went on to the Kansas City University School of Dentistry and graduated in 1958.

Harold worked as a science teacher for the Richmond High School from 1952-1954. While there, he coached football, basketball and track. Dr. Carter went on to be self-employed as a dentist in the communities of Jefferson City and Iberia, Mo., until his retirement in 1992.

Harold was a member of the First United Methodist Church, Phi Delta Theta Fraternity and the QEBH, which was a senior honor society for scholar-athletes at the University of Missouri – he was one of only eight initiates in 1952. He was recognized by the MU Athletic Department as having the highest GPA among athletes. He was a member of both the Xi Psi Phi and the Omicron Kappa Upsilon dental fraternities, as well as the Central District Dental Society where he served as President (1978–1979). Harold was active in both the American Dental Association and the Missouri Dental Association where he served as the Secretary Treasurer (1986-1992). They awarded him the Distinguished Service Award in 1992. Harold also participated with the American College of Dentistry – Fellowship and the Gold Spade Club at the UMKC School of Dentistry. With golf as a hobby, Harold was a member and board member with the Jefferson City Country Club. He also served as the President of the Missouri Senior Golf Association in 1996. This just touches on a few of his honors and accomplishments – he was truly a gifted man.

In addition to his love of sports, and especially track and field, Harold enjoyed golfing. While wintering in Florida, he was known to play golf at least five days each week. He loved to travel: beach trips in Mexico, skiing in Colorado, boating at the Lake of the Ozarks, floating the scenic rivers of Missouri and fishing in Canada being some of his favorites. Harold enjoyed family fishing trips to Montauk and teaching his grandkids how to fish. Some of his fondest memories were sail boating in the Virgin Islands and a Christmas vacation in the Bahamas with his family. He never missed any of his grandkids sporting events attending numerous softball, soccer, baseball, basketball and football games. He definitely passed his passion for sports and fishing to his children and grandchildren.

He was preceded in death by his parents; his siblings, Nina Wealand (Arnold) and Cecile Fette (Jack); and his grandson, Nathan Ross Carter.

A funeral service will follow at 11:00 a.m. Saturday, January 19, 2019 in the Freeman Chapel with the Reverend Dr. Stephen Buchholz officiating. Graveside service and interment will follow at Riverview Cemetery.

To send flowers to the family or plant a tree in memory of Dr. Harold Carter, please visit our Heartfelt Sympathies Store.

Receive notifications about information and event scheduling for Dr. Harold

We encourage you to share your most beloved memories of Dr. Harold here, so that the family and other loved ones can always see it. You can upload cherished photographs, or share your favorite stories, and can even comment on those shared by others.

I met Dr. Carter when I was 18 years of age and continued to be a patient of his until he retired. He was a great person and an excellent dentist helping to relieve my fears of seeing a dentist. I remember sharing fishing stories with him. May God help you through this difficult time. Our prayers are with you.
Pat Taggart
Comment Share
Share via:
RB

Posted Jan 16, 2019 at 10:47pm
I am sincerely sorry for the passing of your father. My Heartfelt condolences are with you and your family.

Posted Jan 14, 2019 at 02:00pm
So very sorry to hear this news. Many fond memories of Mr. and Mrs. Carter growing up in one great neighborhood! Always so very kind, sweet and funny! Deepest sympathy Mrs. Carter, Cathy, Hope and Ross. Sending prayers and much love to you all. He will be greatly missed.
Annie, Brooks, Matt and Shirley Jarrett
Comment Share
Share via:
BB

Posted Jan 14, 2019 at 11:46am
Many great memories of time spent with the Carter family. Mom, Bob and I thinking of you all at this time. Susie Bregant Raaz
Comment Share
Share via: 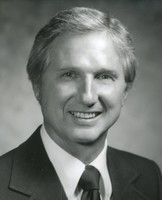 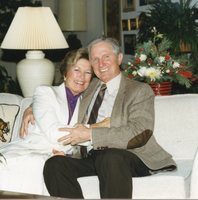 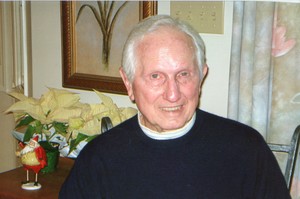