To share your memory on the wall of Evelyn Martin, sign in using one of the following options:

A lifelong resident of Cole County, Evelyn attended Park School, Simonsen Junior High and Centertown High School. She also attended the Baptist Church in Centertown, Mo. when she was younger.

Evelyn was co-owner with her husband of Colcomo Service Station on Dunklin Street in Jefferson City for over 37 years until their retirement in 1980. During those years she took care of the books for the business. She also worked for nine years at Scholastic Magazines in the cashier department after her children were grown.

Evelyn considered herself a homemaker for the majority of her life and took great pride in caring for her family. She was the best cook and cherished family gatherings. She and Gay square danced for over 30 years and were members of the Capitol Squares and Circle Bob’s Clubs. They also frequented the American Legion to dance most weekends and were blessed to travel frequently in their retirement. She enjoyed playing cards, bingo, dominoes, bowling and jigsaw puzzles with her children and grandchildren. In her free time, Evelyn worked on researching genealogy and met relatives through her research.

She was preceded in death by her parents; her loving husband of 62 years, Gay; one brother, Thomas Huegel; and her husband’s parents and siblings.

Funeral services will be conducted at 2:00 p.m. Friday, November 29, 2019 in the Freeman Chapel with Celebrant Gara Loskill officiating. Graveside service and interment will be held at Riverview Cemetery.

To send flowers to the family or plant a tree in memory of Evelyn Martin, please visit our Heartfelt Sympathies Store.

Receive notifications about information and event scheduling for Evelyn

We encourage you to share your most beloved memories of Evelyn here, so that the family and other loved ones can always see it. You can upload cherished photographs, or share your favorite stories, and can even comment on those shared by others.

Wayne & Jan, Aaron, Julianne, Katelyn, Aidan and Carolun, and other have sent flowers to the family of Evelyn Martin.
Show you care by sending flowers

Posted Dec 03, 2019 at 06:51pm
We are sorry to hear of the passing of your mother. She was a wonderful lady. We thoroughly enjoyed her setting up the neighborhood reunions. She will be sadly missed. God bless her and her family. Gerald and Marsha Taylor
Comment Share
Share via:
LT

Posted Nov 28, 2019 at 11:05am
We are sorry for the loss of your mother! We cherish our memories of joining your parents for an evening of dinner and/ or dancing. Keeping you in our prayers!🙏
Comment Share
Share via:
WJ

Posted Nov 27, 2019 at 06:12pm
Terri, my sincere deepest sympathies. I was sad when I heard the news. Your Mom was so sweet to me and she was always giving me compliments! I loved caring for her while I was at VP.
Comment Share
Share via:
AC

Posted Nov 27, 2019 at 03:39pm
With loving memories of Aunt Evelyn. She will definitely be missed but will remain in our hearts forever. Much love to you all! 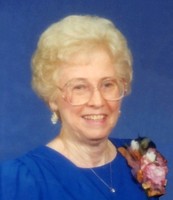