To share your memory on the wall of Frances Smith, sign in using one of the following options:

Provide comfort for the family of Frances Smith with a meaningful gesture of sympathy.

She was employed as a licensed practical nurse with Dr. L.E. Giffen at Charles E. Still Hospital from 1953 until 1963. In the early 70’s, she hosted a seasonal holiday craft television program promoting the Mattingly/Matco stores. Fran later channeled that creative talent into a career in floral design that she absolutely loved. She was employed with Coach Light Florist, owned “Flowers by Fran”, managed Hy-Vee Flowers, and was later employed by River City Florist, which served as the capstone to her career. Fran especially loved working with brides. As a result, she served as coordinator for countless weddings in our community for over three decades.

Fran cherished time with her family and made many fond memories spending summers with them at the Lake of the Ozarks. She supported her children as a Cub Scout Den Mother and a room mother while they were in school. That support and loving nature continued to her grandchildren. She always loved family gatherings and cooking with her large family.

She was a member and deacon at the First Christian Church. Fran was involved with Weight Watchers for many years and was a noted lecturer throughout Mid-Missouri for the program. She was proud to pilot the first youth program for Weight Watchers.

She was preceded in death by her parents; her two husbands; one son-in-law, Bruce Bynum; a sister, Mildred Sherell and her husband Sam; and one brother-in-law, Ron Sherrell.

Her family would also would like to thank Hospice Compassus, the staff at St. Joseph Bluffs, and the staff at Primrose Retirement Center for all the love and care they showed Fran in the last year of her life.

A memorial service will be conducted at 11:30 a.m. Thursday, August 8, 2019 at First Christian Church with the Reverend Beau Underwood officiating.

Those desiring may make memorial contributions to First Christian Church.

To send flowers in memory of Frances A. Smith, please visit our Heartfelt Sympathies Store.

We encourage you to share your most beloved memories of Frances here, so that the family and other loved ones can always see it. You can upload cherished photographs, or share your favorite stories, and can even comment on those shared by others.

Tom & Kelsey Plugge sent flowers to the family of Frances A. Smith.
Show you care by sending flowers

Posted Aug 14, 2019 at 05:09pm
Fran, you will be greatly missed. In August of 1978 you sent our flowers with Nancy and Granny on the bus all the way to Houston, TX for our wedding. They were perfect! I absolutely LOVED working weddings with you. I have even quoted you a few times in the past 40 years to the brides, as you used to. I about flipped the first time I heard you. You said you did it for the shock value to make the brides laugh and they did. We all did. Thank you for your friendship and love for all these years!
Comment Share
Share via:

Posted Aug 10, 2019 at 11:03pm
Fran was a great friend. So sad to hear of this. She would do flowers in my home and I did all of her sewing. She also did our daughters flowers for her wedding. She was a very dear friend.
Comment Share
Share via:
TP

Flowers were purchased for the family of Frances Smith. Send Flowers

Flowers were purchased for the family of Frances Smith. Send Flowers 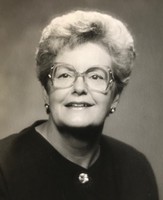