To share your memory on the wall of Gregory Detienne, sign in using one of the following options:

He was born on November 10, 1951 in Mexico, Mo., the son of Paul and Mildred Detienne. He was married on September 21, 2016 in Jefferson City to Sandra Kay McLaughlin who survives at the home.

A lifelong resident of the Central Missouri area, Greg was born and raised in Mexico, Mo. and was a 1970 graduate of Mexico High School. Greg later moved to Columbia and then Jefferson City when he met his wife, Sandy.

Greg was a gifted mechanic and worked in multiple shops throughout his lifetime. He retired in 2013 following a 22-year long career at AB Chance Co. After retirement, Greg did janitorial work at Christian Cleaning Service.

Greg was happiest outdoors. Whether he was hunting, fishing or camping at the river access, Maries River, the Osage River, or in Warsaw, he was at home in nature. He could often be found enjoying a drink at The Office or The Outpost Bar & Grill with his friends and family. Greg loved music, had a talent for playing the bass guitar and was even in a band in his youth. Greg had a need for speed. He had vast knowledge of mechanic work and could be described as a “muscle head” as he liked to tinker under the hood and even fully rebuild motors. Greg had a passion for motorcycles, racing, and cars in general. He was a huge supporter of Harley Davidson bikes as well as apparel and he, along with his wife, enjoyed attending biker rallies to support their brand. Greg was funny, witty and knew how to have a good time.

Greg was preceded in death by his parents

Visitation will be held at Freeman Mortuary from 4:00 p.m. until 6:00 p.m., Friday, July 17, 2020 with a funeral service immediately following in the Freeman Chapel at 6:00 p.m. with the Reverend Brian Credille officiating. The general public is welcome to attend the visitation while following social distancing guidelines.

A webcast of the funeral service will begin at 6:00 p.m. for friends that are not able to attend by going to his memorial page on Freeman Mortuary’s website. Friends may mail sympathy cards to the funeral home or leave condolences online to be given to his family.

In lieu of flowers, memorial contributions are suggested to the Central Missouri Honor Flight.

To send flowers to the family or plant a tree in memory of Gregory L. Detienne Sr., please visit our Heartfelt Sympathies Store.

Receive notifications about information and event scheduling for Gregory

We encourage you to share your most beloved memories of Gregory here, so that the family and other loved ones can always see it. You can upload cherished photographs, or share your favorite stories, and can even comment on those shared by others.

Pamela and Jerald Luke sent flowers to the family of Gregory L. Detienne Sr.
Show you care by sending flowers

Posted Jul 17, 2020 at 08:51pm
Greg has always been a great friend to me! He was kind from the moment I met him years ago! Great guy, and had a lot of words of wisdom for me, since I am a whippersnapper.. lol You will be missed dearly!
Comment Share
Share via:

Posted Jul 17, 2020 at 08:44pm
Greg was a great friend all thru High School,spent time with them as we Drag Raced on Hwy 15 in our early driving age .Greg was always so chipper & Loved life May he now R.I.P. & Greg will be missed
Comment Share
Share via:
DW

Posted Jul 16, 2020 at 07:43am
Greg was a great friend of mine. We had a lot of good times back in the days, racing cars, getting together on the town square with others. Greg was best man at my wedding. Lost touch with him after he moved away. RIP

Posted Jul 15, 2020 at 04:07pm
Thinking of you, Greg. Ride free! Our heartfelt condolences to Sandra DeTienne and family.

Pamela and Jerald Luke purchased the The FTD Comfort Planter for the family of Gregory Detienne. Send Flowers 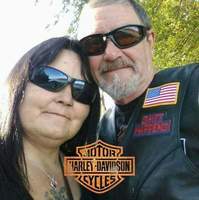 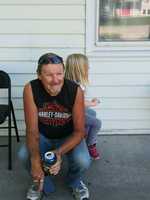 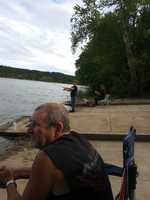