To share your memory on the wall of Harry Singleton, sign in using one of the following options:

Provide comfort for the family of Harry Singleton with a meaningful gesture of sympathy.

He was born on February 14, 1930 in Crocker, Mo., the son of Barney Lane and Ida Mae (Sanders) Singleton. He was married on May 17, 1949 in Crocker, Mo. to Bonnie Glee Shelton, who preceded him in death in 1990. It was during this marriage that his three children were born. Marvin was later married to Betty Jo Brooks Sanders in Jefferson City, Mo. on November 28, 1992. She preceded him in death on February 14, 2018.

A lifelong resident of the Central Missouri area, Marvin graduated from Crocker R-II school district in 1948. He started working at the young age of nine with his very first paper route; to which he still had the first dollar he earned. From there, he went on to proudly serve his country in the Missouri Army National Guard. He worked as a civil servant until his retirement in March of 1989.

Marvin was a member of First Assembly of God in Jefferson City, Mo.

Marvin enjoyed sports - playing baseball, bowling, and even ping pong. But it was basketball in which he excelled and he played through high school. He spent time refinishing furniture and traveling, later in life, with his wife, Betty. Recently, Marvin found joy in greeting the many students coming to his house for guitar lessons, he was even known for handing out chocolate to all guests. Marvin’s fondest memories, however, were made spending time with his children, grandchildren and great grandchildren.

Marvin was preceded in death by his parents, Barney and Ida Singleton; and both of his wives, Bonnie Singleton and Betty Singleton.

In lieu of flowers, memorial contributions are suggested to the Guatemala Partnership Project at Caleb’s School. Please make checks payable to LPA (Lighthouse Preparatory Academy) and write “Marvin” in the memo field.

The family would also like to express their sincere appreciation for the hard work and compassion of the many caretakers that interacted with Marvin from Home Health Care, Hospice Compassus, and Oak Tree Villas.

We encourage you to share your most beloved memories of Harry here, so that the family and other loved ones can always see it. You can upload cherished photographs, or share your favorite stories, and can even comment on those shared by others.

Posted Aug 17, 2019 at 02:36pm
Our thoughts and prayers are with all of the family and friends in the loss of Marvin. We are praying for your strength, comfort, and for the perfect peace that only God can give.
Comment Share
Share via:
FK

Posted Aug 17, 2019 at 01:00pm
Marvin and Betty were a lovely couple that we thoroughly enjoyed knowing. We have very fond memories of playing Mexican Train with them while we were neighbors in Jefferson City. Marvin and I also did many enjoyable early morning walks together around our development.
We still often think of them. 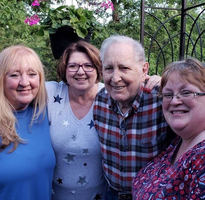 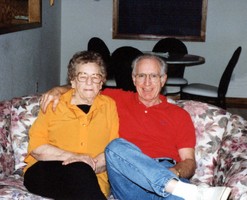