To share your memory on the wall of Jerry Bommel, sign in using one of the following options:

Jerry was born on February 20, 1935 in Humboldt, Ia., a son of the late August Walter and Grace Marion (Gaster) Bommel. He was married on January 25, 1958 in California, Mo. to Emma Katschman.

In 1939, Jerry’s family moved to Fulton, Mo. They also lived in Jefferson City, and Holts Summit. Jerry attended school in New Bloomfield and was a 1953 graduate of New Bloomfield High School. Jerry graduated Lincoln University with a Bachelor’s of Science degree in Business Administration and a Master’s degree in Sociology.

Jerry served in the United States Army for three years, earning the rank of E-4 Specialist. He spent 18 months in Guam where he worked in a heavy equipment unit which helped to extend the runway at Anderson Air Force Base. Jerry also spent one year in Washington State at Fort Lewis, Washington. In 1973, Jerry returned to civilian life and in Jefferson City. He began working for the Missouri State Penitentiary as a guard at night while he attended college courses throughout the day. Jerry worked his way up to Superintendent I and retired in 1997.

Jerry was a board member of Learning in Retirement, an active member of the Healthplex and played Bache Ball at Prison Brews, where he made many friends.

Jerry was the master of bad Dad jokes, even telling jokes throughout his last week. He passed on this trait to his kids and grandkids. Jerry was very talented and played many musical instruments. He never failed to play “Happy Birthday” on the harmonica to his grandkids on their birthdays. Jerry loved being outside, especially when he was able to have a line on the water or a golf club in his hand. He was an avid sports fan, and he never missed watching the St. Louis Cardinals, the Kansas City Chiefs, or the Mizzou Tigers. Jerry loved to travel with his wife, Emma, visiting almost all 50 states, except Alaska. They made many trips to Europe, the Caribbean, Mexico, Spain, and Morocco. They were on a bus tour in Czechoslovakia on the day they voted to divide the country in two. Most of all, Jerry loved his family and all of the memories they made. He was most proud of being “Grandpa” to his grandkids and cherished their tractor rides together.

He was preceded in death by his parents and “his five ornery Bommel brothers,” Robert Bommel, Floyd Bommel, Jack Bommel, his identical twin, Jimmy Bommel, and infant brother, A.W. Bommel, Jr.; and his daughter-in-law, Annette Bommel.

Funeral services will be held at 11:00 am Friday, May 7, 2021 in the Freeman with the Reverend Melissa Hatfield officiating. Graveside services with military honors will follow at Hawthorn Memorial Gardens.
In lieu of flowers, memorial contributions are suggested to First Baptist Church.

A webcast of the funeral service will begin at 11:00 am on Friday for friends that are not able to attend by going to to the "photos and videos" tab and scrolling to the bottom to select "watch webcast." Friends may mail sympathy cards to the funeral home or leave condolences online to be given to his family.

To send flowers to the family or plant a tree in memory of Jerry Bommel, please visit our Heartfelt Sympathies Store.

Receive notifications about information and event scheduling for Jerry

We encourage you to share your most beloved memories of Jerry here, so that the family and other loved ones can always see it. You can upload cherished photographs, or share your favorite stories, and can even comment on those shared by others.

Corey, Chelsea, & Grace and Michelle and Jim sent flowers to the family of Jerry Bommel.
Show you care by sending flowers

Posted May 06, 2021 at 09:52pm
So sorry for your familys loss. We had some great times while working at MSP. He will be missed.
Comment Share
Share via:
CG

Posted May 05, 2021 at 04:57pm
Grandpa, We will cherish forever your laughter, your humor, and your love, memories that will last a lifetime. Love you always and forever

Posted May 05, 2021 at 01:57pm
Please accept our most heartfelt sympathies for your loss. Our thoughts and love are with you. The Reinheimers and Jim Bommel

Michelle and Jim purchased the The FTD Comfort Planter and planted a memorial tree for the family of Jerry Bommel. Send Flowers

Posted May 05, 2021 at 12:48pm
We thank God for the resurrection! We are keeping you in our prayers and sending you our love.

Flowers were purchased for the family of Jerry Bommel. Send Flowers 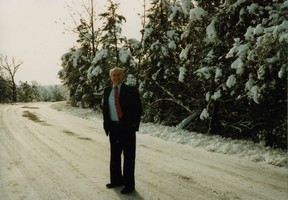