To share your memory on the wall of JoElise Babcock, sign in using one of the following options:

JoElise was born on February 3, 1930 in Santa Fe, New Mexico, the daughter of George and Opal (Kennedy) Fitzpatrick. She was married in 1953 to Donald Babcock who preceded her in death on September 12, 2010.

JoElise graduated high school in Santa Fe, New Mexico. After graduation, she went on to earn her Bachelor of Science and Master degrees from the University of Missouri in Audiology and Speech Correction.

She was a strong woman of faith and a longtime member of First Assembly of God. JoElise loved studying her Bible and sharing her insight at Sunday school. She was always concerned about others and spent many hours praying for family, friends, and our country.

She had a creative spirit and found pleasure in art and music. She was a very talented artist, who loved painting flowers and still life. She was fond of religious hymns and Southern Gospel music. Friends could find her listening and singing along to them. Some of her favorite instruments to play were the Autoharp and Dulcimer. She also encouraged and supported her children’s interest in music.

Her family will remember her laugh, known as her “cackle”, that could light up any room she was in. She loved being around family and some of their favorite memories were playing games as a family. When her health allowed, she could be found traveling with her husband Don. Some of their favorite trips were to Mexico, Nevada and Atlantic City and as her children were growing up, the family did a lot of camping through all of the United States and Canada. She cherished time supporting her family and assisted as a Brownie and Girl Scout leader when her daughter and grandchildren were involved with Girl Scouts. Growing up, she had the opportunity to meet the real “Smokey the Bear” after Smokey was pulled from the wildfire.

She was preceded in death by her parents, George and Opal; her step-mother, Mildred Fitzpatrick; her loving husband of 57 years, Don; one son, Richard Babcock; and one grandson, Kaleb Rippstein.

Due to the pandemic, a visitation will not be held.

Funeral services will be conducted at 2:00 p.m. Monday, December 14, 2020 at First Assembly of God with the Reverend Lowell Perkins officiating. Graveside services and interment will be held at Hawthorn Memorial Gardens.

A webcast of her service will be available to view at 2:00 p.m. Monday for friends that are not able to attend, by going to First Assembly of God’s website, www.firstassembly.org, and click the “watch live” link.

In lieu of flowers, memorial contributions are suggested to First Assembly of God, 1900 State Hwy C, Jefferson City, MO 65109. Friends may mail sympathy cards to the funeral home or leave condolences online to be given to her family.

To send flowers to the family or plant a tree in memory of JoElise S. Babcock, please visit our Heartfelt Sympathies Store.

Receive notifications about information and event scheduling for JoElise

We encourage you to share your most beloved memories of JoElise here, so that the family and other loved ones can always see it. You can upload cherished photographs, or share your favorite stories, and can even comment on those shared by others.

Posted Dec 11, 2020 at 12:34pm
My name is John Wilder , I new JoElise and Don when I was a young child, They rented a house near the end of Miller Street, back then we called it Schott road , I was a foster child of Paul and Patta Cameron who owned the house they rented. Don was a teacher at Lincoln University and during the summer when your family would travel I would go to your house and feed the birds that they kept. I remember enjoying talking to your Dad and Mom and getting good advice on my years of growing up. I would like to express my deepest Sympathies for your loss.
Comment Share
Share via: 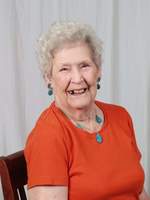