To share your memory on the wall of Lucille Brown, sign in using one of the following options:

Provide comfort for the family of Lucille Brown with a meaningful gesture of sympathy.

She was preceded in death by her parents; both husbands; one grandson, Adam Aaron Scheperle; two sons-in-law, Keith E. Scheperle and Clyde Korsmeyer; and one sister, June DeBarge.

Print
A Private Family Memorial Service will be held at a later time.

We encourage you to share your most beloved memories of Lucille here, so that the family and other loved ones can always see it. You can upload cherished photographs, or share your favorite stories, and can even comment on those shared by others.

Posted Apr 13, 2019 at 11:30am
Lynne, Renae and family of Lucille Brown,
My mom, Dorothy Slimmer, is a friend of your mom and was sad to learn of her passing but glad to read of her life and see her photo in the paper. I, Sylvia, remember your mom and also cherish the friendship years Lynne and I had in school, at each other's homes and remembering walking home from EUB church when our first grade class was there while the new Colorado School was being built. We miss you. Please write when you have time.
Comment Share
Share via:
JS

Posted Apr 09, 2019 at 05:12pm
Stephanie, Mark and entire Brown family, my deepest condolences to each of you! I enjoyed when I would run into your mother and our visits which were weekly for a while. May your fond memories carry you through this difficult time.
Comment Share
Share via:
J 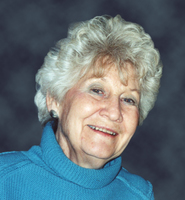