To share your memory on the wall of Marcel Gassen, sign in using one of the following options:

Marcel was born on October 29, 1952 in New Orleans, La., the son of Marcel, Jr. and Lillie Mae (Gourgues) Gassen. Marcel married Shirley Gilbert in New Orleans and to this marriage his two children were born. He was married on December 18, 1996 in Versailles, Mo. to Mary Prody, who survives at home.

Marcel was a 1970 graduate of John F. Kennedy High School and attended Louisiana State University of New Orleans. He considered Jefferson City home after moving here in 1977 but always loved the culture of New Orleans.

He was employed with Central Dairy for over 30 years as a driver until he retired in 2008. Marcel was a member of St. Peter Catholic Church and the Knights of Columbus in Taos.

Marcel had the ability to fix anything and he loved spending time with family or neighbors working on projects. He had a love for the outdoors, whether he was fishing for crappie at the Lake of the Ozarks or fishing for red fish and speckled trout in the Gulf of Mexico. Marcel enjoyed yearly trips to New Orleans to visit family and dine on traditional southern style food. He was also an avid football fan, especially rooting for the New Orleans Saints.

Marcel will be remembered for his big heart, honest sense of humor and approachable demeanor. The old saying “he never met a stranger” was absolutely true because he greeted all with a smile and a joke to lighten their day.

Due to the COVID-19 pandemic, a private prayer service will be held in the Freeman Chapel with the Reverend Jeremy Secrist officiating. A webcast of his prayer service will begin at 12:00 p.m. Monday, April 13, 2020 for friends to view by going to the "photos and videos" tab of this page and scrolling down to the webcasting link. . Friends may mail sympathy cards or leave condolences online that will be given to his family.

A memorial Mass of Christian Burial at St. Peter Catholic Church will be announced after the gathering restrictions have been removed from the pandemic.

To send flowers to the family or plant a tree in memory of Marcel A. Gassen III, please visit our Heartfelt Sympathies Store.

Receive notifications about information and event scheduling for Marcel

We encourage you to share your most beloved memories of Marcel here, so that the family and other loved ones can always see it. You can upload cherished photographs, or share your favorite stories, and can even comment on those shared by others.

Mike and Maddy Menke sent flowers to the family of Marcel A. Gassen III.
Show you care by sending flowers

Posted Apr 14, 2020 at 11:04am
Dear Mary and family, so sorry to hear about Marcel's passing. He was always a very kind hearted man to talk with when he came into aftercare. Know Kenny and I are praying for all of you.
Kenny and Robin Payne
Comment Share
Share via:
JK

Posted Apr 13, 2020 at 09:13pm
Our deepest sympathy on the loss of your father. Larry and Judy Kempker, Steve Kempker and Stacey Bryan
Comment Share
Share via:
KH

Posted Apr 13, 2020 at 03:09pm
It was a beautiful intimate service, my love and prayers go out to you Aunt Mary, Matt, Jenny, Jen, Angie, and Jess along with all his wonderful grandchildren and siblings. Marcel was one of a kind, whether you had things in common or not, there was never loss of conversation around him. When he was at Barnes, while not the circumstances one would hope for, I was in a fortunate position to be able to visit with him everyday on my lunch or after work. I'm so glad I got to know him better during those many talks. He will be deeply missed, and I know we are all better people for having known him.
Comment Share
Share via:
B

We remember Marcel’s beautiful spirit and goodness.
Our Love, Prayers, and Hearts are with you and your family.
The Service today was lovely. While we cannot be with you
physically, please know we are wrapping you with Comfort
and Sympathy. Please take care and feel our love.

Posted Apr 12, 2020 at 12:08pm
We are so sorry for your loss. Especially in this time when loved ones and friends cannot be physically present to console you. You are all in our prayers.
Joe and Josetta Forck. Patients at dental office
Comment Share
Share via: 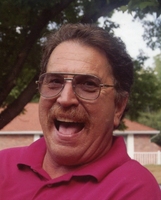 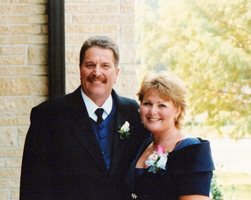 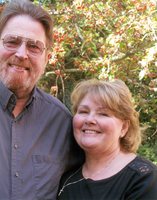