To share your memory on the wall of Marilyn Miller, sign in using one of the following options:

Marilyn was born on August 11, 1931 in St. Louis, Mo., the daughter of Eugene Alexander and Mary Jean (Maule) Compton. She eloped and was married on January 9, 1954 in South Bend, Indiana to Robert (Bob) Charles Miller who preceded her in death on July 20, 1987.

A lifelong resident of the Central Missouri area, Marilyn was a 1948 graduate of Brentwood High School. After high school, Marilyn continued her education at Washington University in St. Louis as a Romance Language major. In 1952, she earned her Bachelor’s degree in Business Administration. In college, Marilyn was part of the Delta Gamma Sorority, and she served as the Pledge Mistress. She was also on the Mortar Board, Freshman Commission, the Chimes Honorary, and she was voted Hatchet Queen at Washington University yearbook.

In 1952, Marilyn started working at 3M company, making her the first woman in the United States to hold a regional sales position for that company. Before retiring, Marilyn worked for the Board of Elementary School Library Services for Jefferson City Public Schools.

A woman of faith, Marilyn was a member of the First Presbyterian Church, and she served as deacon for four terms. Marilyn served on many boards and played many different roles in society. She was the former treasurer of the St. Andrew’s Society and a former docent of the Cole County Historical Society.

In her spare time, Marilyn enjoyed reading, and she also enjoyed her Learning in Retirement classes and served on the LIR Board. Marilyn enjoyed theatre and music, and was part of the Chime Choir at First Presbyterian Church. She enjoyed the Little Theatre and JC Symphony performances.

After retirement, Marilyn had a passion for traveling. She visited Spain, France, many Scandinavian countries, Quebec, China, Indonesia. Australia, New Zealand, Israel, Egypt, the Canadian Rockies, England, Scotland, Wales, Germany, Austria, and 44 of the 50 U.S. States. Marilyn had many great memories and experiences while traveling. In Indonesia, she was able to ride an elephant, eat breakfast with a baboon and hold a boa constrictor for a picture. In Egypt, she rode a camel. In New Mexico, she rode in a hot air balloon. For Marilyn’s 60th birthday, she went white water rafting in West Virginia.

Marilyn was preceded in death by her parents and her loving husband of over 33 years, Bob.

No funeral services will be held at this time.

In lieu of flowers, memorial contributions are suggested to Planet Indonesia (www.planetindonesia.org), Hospice Compassus, and the First Presbyterian Church.

Final arrangements are under the direction of Freeman Mortuary.
Read Less

To send flowers to the family or plant a tree in memory of Marilyn L. Miller, please visit our Heartfelt Sympathies Store.

Receive notifications about information and event scheduling for Marilyn

There are no events scheduled. You can still show your support by sending flowers directly to the family, or planting a memorial tree in memory of Marilyn L. Miller.
Visit the Heartfelt Sympathies Store

We encourage you to share your most beloved memories of Marilyn here, so that the family and other loved ones can always see it. You can upload cherished photographs, or share your favorite stories, and can even comment on those shared by others.

Posted Aug 02, 2020 at 03:40pm
Marilyn was one of my favorite customers when I worked at Gerbes. She always had to have her weekend hug and tell me what was new with her family. A delightful person. Prayers for the family during your sad time
Comment Share
Share via:
YS

Posted Jul 31, 2020 at 09:54am
Meg, wishing you peace to bring comfort, courage to face the days ahead and loving memories of your mom to forever hold in your heart.

Posted Jul 24, 2020 at 11:52pm
Marilyn was such a delight to know. She'd often come up with a funny joke or memory, sometimes on the risque side, which she thought you'd enjoy. I got to drive her and a dear friend of hers to the MU pops concert before July 4th for the last three years and we'd eat dinner before. Those were wonderful evenings. We all looked forward to it for weeks!
Comment Share
Share via:
HB

Posted Jul 24, 2020 at 10:00pm
Will miss Marilyn's wit and unique observations on life. She raised some fine children and leaves a fine legacy! I hope to have her "spunk" throughout the aging process! Love to Meg, Beth, Eric and all of the family! 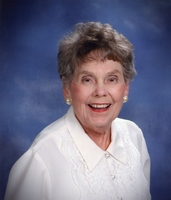 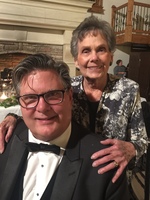 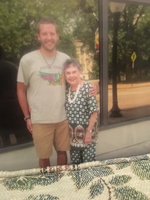 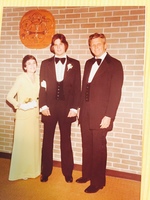