To share your memory on the wall of Mary Lou Emmel, sign in using one of the following options:

For over 40 years, Mary Lou attended the Central United Church of Christ and was a member of the Eleventh Circle. She was active with her children and grandchildren in Cub Scouts, Boy Scouts, Brownies, and Girl Scouts.

Visitation will be at Freeman Mortuary from 10:00 until 11:00 a.m. Thursday, April 29, 2021. A Celebration of Life will follow at 11:00 a.m. in the Freeman Chapel with the Reverend Dr. Steve Buchholz officiating. Private graveside services will be at Riverview Cemetery.

A webcast of the funeral service will begin at 11:00 a.m. Thursday for friends that are not able to attend by going to the "photos and videos" tab and scrolling down to "watch webcast." Friends may mail sympathy cards to the funeral home or leave condolences online to be given to her family.

In lieu of flowers, memorial contributions are suggested to Hospice Compassus.

To send flowers to the family or plant a tree in memory of Mary Lou Emmel, please visit our Heartfelt Sympathies Store.

Receive notifications about information and event scheduling for Mary Lou

We encourage you to share your most beloved memories of Mary Lou here, so that the family and other loved ones can always see it. You can upload cherished photographs, or share your favorite stories, and can even comment on those shared by others.

Sharon, Rod and Carol, Rick and Jan, Bill, Thelma , Toby, Shelly, Maddie, Caden and Kennedy Miller, and other have sent flowers to the family of Mary Lou Emmel.
Show you care by sending flowers

3 trees were planted in the memory of Mary Lou Emmel

i read about your mother in the newspaper and want to send you my sincere condolences. I am keeping her and you in my prayers

With love, Lizz and Trysta 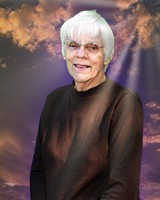 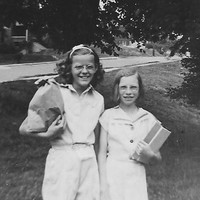 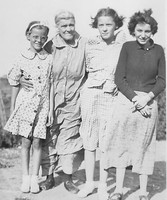