To share your memory on the wall of Norman Doering, sign in using one of the following options:

Print
Norman W. Doering, age 90, of Jefferson City, died November 18, 2020, at Heisinger Bluffs from complications of COVID-19, and now rests in peace with his Lord and Savior Jesus Christ.

He was born on March 4, 1930, in St. Louis, Missouri... Read More
Norman W. Doering, age 90, of Jefferson City, died November 18, 2020, at Heisinger Bluffs from complications of COVID-19, and now rests in peace with his Lord and Savior Jesus Christ.

He was born on March 4, 1930, in St. Louis, Missouri, the son of Frederick and Marie (Kassing) Doering. He was a 1948 graduate of McKinley High School where he excelled in the varsity football and track programs.

He was united in marriage at Emmaus Lutheran Church in St. Louis on November 12, 1949, to his high school sweetheart, Ruth E. McNeely who preceded him in death on August 1, 2012. Together they built a loving home and reared two sons. He was then married to Madalyn A. Schnieders at St. Andrews Catholic Church on February 1, 2014.

Norman was a cartographer for the Defense Mapping Agency in St. Louis, Missouri, for 36 years starting as a compiler and advancing through the years to Supervisory Cartographer in the Cartography Division Production Office. He retired from this position on April 3, 1985, and with Ruth moved to the Holts Summit area in 1987.

Norman was Chairman of the Crestwood, Missouri, Park Board for three years. He volunteered his services to CORP in the St. Louis County area; was a member of the Missouri Pilots Association, flying blood as needed to hospitals in the Midwest; was a coach and manager of several Little League baseball teams; drove for the DAV for several months; and provided First Methodist Church of Jefferson City with maintenance and cabinet-working projects. He was also a volunteer instructor for computer classes in the AgeWorks Program for senior citizens at Lincoln University. He was employed part time for several years at Tharp Lumber Company.

Norman loved to fish with his two sons. He was also a talented artist who enjoyed painting and woodcarving. In addition, he enjoyed flying his small plane and learning more about computers. He was a loving family man who attended all his sons’ sporting events and in later years enjoyed having fun with his grandchildren and great-grandchildren. He was generous with his time and would lend his considerable expertise helping his sons with various projects around the house.

Due to the COVID-19 pandemic, services are planned for a future date.

Memorial donations are suggested to Calvary Lutheran High School or Salvation Army of Jefferson City. Any donations may be mailed to P.O. Box 95, Jefferson City, MO 65102.

To send flowers to the family or plant a tree in memory of Norman Doering, please visit our Heartfelt Sympathies Store.

Receive notifications about information and event scheduling for Norman

There are no events scheduled. You can still show your support by sending flowers directly to the family, or planting a memorial tree in memory of Norman Doering.
Visit the Heartfelt Sympathies Store

We encourage you to share your most beloved memories of Norman here, so that the family and other loved ones can always see it. You can upload cherished photographs, or share your favorite stories, and can even comment on those shared by others. 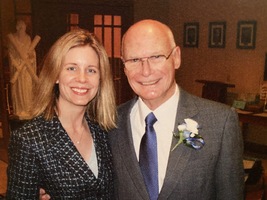 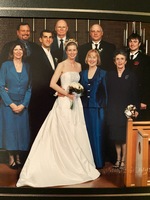 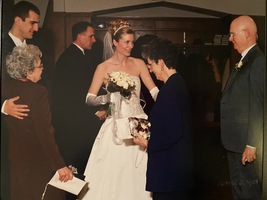