To share your memory on the wall of Rodger Dewey, sign in using one of the following options:

Provide comfort for the family of Rodger Dewey with a meaningful gesture of sympathy.

Rodger was born at 1:10am on October 6, 1931 in Lubbock, TX, son of Joseph... Read More
Rodger Dalton Dewey, 87, of Jefferson City, MO passed away peacefully with his family by his side on Sunday, May 26, 2019 at Heisinger Bluffs, Jefferson City, MO.

Rodger and his family moved from Lubbock, TX to Denver, CO where Rodger attended Rosedale Grade School, Grand Jr. High School and South High School before joining the United Stated Coast Guard on November 3, 1948. During his distinguished USCG career from 1948 to 1976, Moved to California and was rated as a Seaman Recruit and was stationed on the USCG Cutter Gresham, Ocean Station Able in the North Pacific on USCG Cutter Taney, Humboldt Bay Lifeboat Station with 2 tours TAD at St. Georges Reef Lighthouse 6 miles off the northern California Coast, USCG Cutter Escanaba Alameda, CA, USCG Base Seattle, WA, USCG Cutter Cahoone out of Sitka, AK, USCG Yard Tug Calumet, San Francisco, USCG Recruiting Station San Francisco , USCG Cutter Gresham, USCG Buoy Tender, The Active out of Monterey, CA, Pacific Grove, USCG San Luis Obispo Light State, CA, USGC Loran Station Marshall Islands, South Pacific, USCG Lifeboat Station, Pt. Reyes, CA, USCG Point Chico 82 ft. out of Benicia, CA, USCG Boating Safety Detachment, Stockton, CA, USCG Boating Safety Detachment, Lake of the Ozarks, Camdenton, MO, USCG Point Sal 82 ft., Grand Isle, LA. Retired just 2 days short of 28 years as a Master Chief Boatswain’s Mate E-9. He received numerous awards including National Defense Service Medal and Good Conduct Medals. The United States Coast Guard was Rodger’s life. “He was the greatest Coast Guardsman”, “Chief, he changed my life”, were several quotes of many that we heard from his fellow “Coasties”. Rodger was able to sit down and with the assistance of S. Matthew Grayson wrote a book about his life called “Lighthouses, Cutters and Lifeboat Stations” that was published in 2017. Rodger’s quote, “By luck and by God, do what you can while you are there”, he lived by this. Rodger was an exceptional “Mr. Fix It” also, being stationed a lot of miles from a town, and he learned to pretty much fix anything.

Rodger met and married Gloria Walker, whom he met through his sister, Shirley Dewey. He learned to play golf and after his retirement he worked part time at Lake Valley Country Club in Camdenton, MO. Rodger and Gloria traveled many a mile, all over the country to golf and visit friends. Most trips took them back to the ocean, a cruise to Alaska, annual trips to Destin, FL and back to Pt. Reyes, CA many times. Rodger and Gloria made many friends and loved to cook and socialize, Rodger was a great cook. The two of them together made a great team. He loved reading good western books and loved listening to western music. Rodger always maintained the home front when Gloria would travel with Lorrie and Karin on their dive trips. He was the token “Coastie” at the Blair Oaks High School Veterans Day celebration, and was always excited to attend this very special day. Rodger was a simple but very wise man, loved life, and his family and will be missed by many.

Visitation will be held from 2:00 until 4:00 pm Sunday, June 2, 2019 at Freeman Mortuary, 915 Madison St., Jefferson City, MO, with a Celebration of Life Service including full military honors following at 4:00 pm with Chaplain Jim Mueller officiating.

We encourage you to share your most beloved memories of Rodger here, so that the family and other loved ones can always see it. You can upload cherished photographs, or share your favorite stories, and can even comment on those shared by others.

Bill and Cindy Kerr sent flowers to the family of Rodger Dalton Dewey.
Show you care by sending flowers

The FTD Living Spirit Dishgarden was purchased for the family of Rodger Dewey. Send Flowers 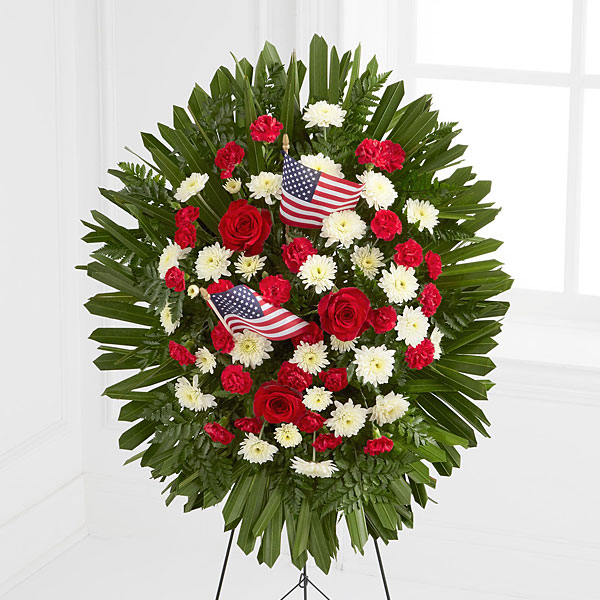 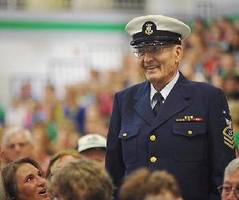