To share your memory on the wall of Sylvester Bradford, sign in using one of the following options:

Sylvester was born on Sunday, January 5, 1958 in St. Louis, MO., to the union of Sylvester, Sr. and Mildred Delois (Lewis) Bradford. He was married to Debra (Galbreath) Bradford with whom he had two sons.

Sylvester graduated from East St. Louis Senior High School in 1976 and later attended Illinois State University in Normal, IL. He later enlisted in the Unites States Army and continued to serve in the United States Army Reserves and the Illinois National Guard until he was honorably discharged from service.

Throughout his adult life, Sylvester held several positions in the cable company. He worked as a Splice Technician and an Installer with Charter Communications, Inc. until declining health forced his retirement. As a teenager, he learned the value of a hard day’s work by doing odd jobs for family, relatives and members of his community.

Sylvester was a man of faith and was baptized as a young boy at the Mount Olive Missionary Baptist Church. He was always interested in technology and used his intelligence to build computers, repair computer software and advanced hardware and enjoyed computer tinkering of all sorts. Sylvester loved weight lifting and sports, whether he was participating or cheering from the stands.

Those that met and knew him often spoke of his kindness and generosity. His favorite place to travel was the East coast, particularly Maryland and North Carolina. Sylvester was fiercely protective of his sisters and would tell anyone who asked that his proudest moments in life were the births of his three children. He truly believed that there is no greater gift than that of a loving family.

Memorial and Interment service for Sylvester will be held Friday, March 20, 2020, 11:00 a.m. at Hawthorn Cemetery in Jefferson City, MO.

In lieu of flowers, memorial contributions are suggested to Hawthorne Memorial Gardens in Jefferson City, MO and the American Heart Association.


“God’s Garden”
God looked around his garden and found an empty space.
He looked down upon the earth and saw your tired face.
He put His arms around you and lifted you to rest.
God’s garden must be beautiful for He only takes the best.
He knew that you were weary, and He knew that you were in pain.
He knew that you would never be well on earth again.
He saw the road was getting rough and the hills were hard to climb.
So He closed your weary eyelids and whispered “Peace be thine.” Anonymous

Acknowledgement
The family of the late Mr. Sylvester Bradford, Jr. deeply appreciates the many expressions of love, concern, and kindness shown to them during their time of bereavement.
Thank you for keeping us in your thoughts and prayers.
God Bless You All!

To send flowers to the family or plant a tree in memory of Sylvester Bradford Jr., please visit our Heartfelt Sympathies Store.

Receive notifications about information and event scheduling for Sylvester

We encourage you to share your most beloved memories of Sylvester here, so that the family and other loved ones can always see it. You can upload cherished photographs, or share your favorite stories, and can even comment on those shared by others. 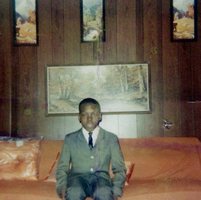 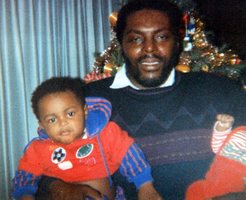 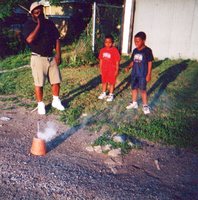