To share your memory on the wall of Tom Boatright, sign in using one of the following options:

Tom was a graduate of Dyersburg High School and later a graduate of the University of Tennessee. He was a Tennessee Vol and he wore the orange and white proudly. Throughout his life and everywhere he went, he was known for his kindness to others and for his good-natured conversation and his disarming, pleasant humor. He enjoyed a long career as an independent sales contractor and his love of people was key to his success.

Tom was grounded in his faith in Jesus Christ. He lived out his faith by serving and loving his family and his community. He was a longtime member of the First United Methodist Church in Jefferson City where he taught Sunday School. Tom helped start Jefferson City Young Life Ministry and was actively involved for many years.

Tom was a golfer, enjoyed St. Louis Cardinals baseball and Civil War history. He was a fan of the Mizzou Lady Tigers and enjoyed attending the games. Tom made people laugh with his quick wit and clever jokes.

He was a true gentleman and loving husband for 43 years. As a Dad, Tom loved and adored his three children, leaving no doubt in their minds how much he cherished them. He was a father who reflected the love and kindness of Jesus. He was overjoyed by the births of his seven grandchildren. His grandchildren have so many delightful memories with Poppy.

Survivors include: his loving wife, Pam; three children, Matt and his wife, Tiffiney, Jenny and her husband Scott, and Ben and his wife, Candace, seven grandchildren, Isaac, Elijah, Sophia, Annelise, Zeke, Isaiah and Rosalia; and one brother John, and nieces and nephews.

Tom was preceded in death by his parents, Harry and Mary Boatright, and one sister, Nancy Boatright Tidwell.

A Celebration of Tom’s Life will be held at 12:00 p.m. Saturday, April 27, 2019 at the First United Methodist Church in Jefferson City, MO with the Reverend Daniel Hilty and Pastor Ben Boatright officiating. Graveside services and interment will be in Dyersburg, TN and announced at a later time.

A visitation will be held prior to the celebration of life service from 11:00 a.m. until 12:00 p.m. Saturday with an additional visitation immediately following his memorial service.

To send flowers to the family or plant a tree in memory of Tom Boatright, please visit our Heartfelt Sympathies Store.

Receive notifications about information and event scheduling for Tom

We encourage you to share your most beloved memories of Tom here, so that the family and other loved ones can always see it. You can upload cherished photographs, or share your favorite stories, and can even comment on those shared by others.

CTK- Anacortes sent flowers to the family of Tom Boatright.
Show you care by sending flowers

Posted Apr 26, 2019 at 10:03pm
Pam, Our deepest sympathy to you and your wonderful family. Pam is one of my longest time, dear friends as we grew up in the same neighborhood and attended same elementary, and then high school where Ron became a friend of Pam's also. When Pam met and married Tom, she was happy. We met Tom on only a couple occasions, when Pam & he would come back to Dayton to attend school reunions. But we immediately knew why she was so happy, as he was a wonderful guy, husband, father & grandfather. It's a great comfort to know he trusted the Lord, and you/we will see him again. How nice that Pastor Ben is participating in leading your celebration of Tom's life. Pam, May God continue to comfort and bless you, Matt, Jenny, & Ben. I hope I have all the kids' names correct. Love, Ron and Kathy Mason
Comment Share
Share via:
CA

Posted Apr 18, 2019 at 10:21am
Pam, Ben and Family, please accept our deepest condolences. Your family in Anacortes is praying for your peace and comfort. You are loved.

Posted Apr 17, 2019 at 11:42am
My heartfelt sympathies are sent to the Boatright family during this difficult time. I was so so very sorry to hear of Tom's passing. My heart is heavy, as I have many great memories of growing up in the neighborhood with your family. Tom was always the kindest, warmest person... often taking me along with them to evening church activities. You are in my thoughts and prayers.
Love, Rob & Courtney (Meyer) Koenigsfeld
Comment Share
Share via:
LS 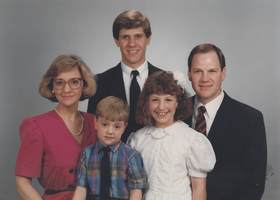 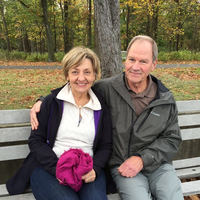