To share your memory on the wall of William Tweedie, sign in using one of the following options:

Throughout his teenage years and into his early twenties, Bill grew up working in the family
business, Tweedie Footwear Corporation. It was there he learned how hard work, grit, integrity
and determination would serve him well throughout his life. He earned a business degree from the University of Missouri-Columbia and was active in ROTC and Phi Delta Theta fraternity. Following graduation, he served in the US Army and was stationed in Germany. Upon
returning from service, he resumed working at the family shoe factory until its closure. His diverse business career included retail shoe store ownership, insurance executive and real estate development.

Bill followed his family’s example of giving back to the medical community with his involvement
on several boards including Memorial Community Hospital, the Mid-Missouri Medical
Foundation, and Hospice of Jefferson City and Mid-Missouri. Additionally, he served on the
boards of the Jefferson City Parks, Burgers’ Smokehouse and United Missouri Bank of Jefferson
City. As a talented saxophone player, he spent several years playing with the Kapital Kicks, a
philanthropic group of volunteer musicians who donate money earned to local band booster clubs to promote music in schools.

His childhood love of the water led him and his wife to build a home at the Lake of the Ozarks
where he spent his retirement years boating, fishing and entertaining family and friends. Out of
their passion and commitment to community, they helped secure a strong food bank presence at the Lake.

His kindness, bright eyes, big smile and ever positive outlook on life will be greatly missed by all
who loved him.

To send flowers to the family or plant a tree in memory of William Reid Tweedie Jr., please visit our Heartfelt Sympathies Store.

Receive notifications about information and event scheduling for William

We encourage you to share your most beloved memories of William here, so that the family and other loved ones can always see it. You can upload cherished photographs, or share your favorite stories, and can even comment on those shared by others.

Posted Aug 25, 2020 at 10:59am
Susan & the entire Tweedie family:
Please accept our deepest heartfelt sympathy for your father's passing. Our families became goof friends many years ago when you moved to Boonville Road. Bill was one of the smartest, most clever of all my (Dave & Wilda Bryan) parents' friends. America thanks him for his brave service in Germany while serving in the U.S. Army. May he rest in God's loving arms forever. Bill Tweedie was definitely one of the "Good Guys". God Bless Us All. Semper Fidelis. The Joe Bryan family. 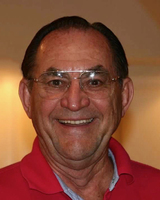