To share your memory on the wall of Herschel Brooks, sign in using one of the following options:

He was born May 9, 1945 in Bunker Hill, Illinois a son of the late Clarence and Ora Bell (Quinn) Brooks. The family settled in Clarkton, Mo. where he attended school.

He was employed as a cook with Kentucky Fried Chicken for several years until ill health forced his retirement. Previously, he had worked on a farm and in construction. In his free time, he enjoyed buying and selling cars.

Herschel cherished time with his family; especially fishing, working on cars with his children, and telling them about the “good ole days”. He enjoyed watching westerns and keeping up with family through Facebook. Herschel will be remembered for his compassionate and caring demeanor. Even being a strong-willed man, he would give the shirt off his back to any family or friend that were in need. He was a hard worker and a great provider; a wonderful dad and grandpa.

Funeral services will be conducted at 11:00 a.m. Wednesday in the Freeman Chapel with Mr. Rick Yoder officiating. Graveside services will follow at Riverview Cemetery.

In lieu of flowers, memorials are suggested to the Herschel Brooks Memorial Fund.

To send flowers to the family or plant a tree in memory of Herschel Lee Brooks, please visit our Heartfelt Sympathies Store.

Receive notifications about information and event scheduling for Herschel

There are no events scheduled. You can still show your support by sending flowers directly to the family, or planting a memorial tree in memory of Herschel Lee Brooks.
Visit the Heartfelt Sympathies Store

We encourage you to share your most beloved memories of Herschel here, so that the family and other loved ones can always see it. You can upload cherished photographs, or share your favorite stories, and can even comment on those shared by others.

Posted Jul 17, 2019 at 03:01pm
Uncle Herschel
He was more than just a Great Uncle, He was A Friend, I considered Him as My Second Dad , He have gave me advice & share his knowledge on life through out my life, Right out High School I went to Culinary School in 1991 in Columbia Mo, Right after that I got one of my first Jobs at Boone's Tavern Bar & Grill in Jefferson City, Uncle Hershel help me get one of my very first appointments in JC plus I was So Happy to Be Close to My Uncle Herschel Brooks & Family, He Look Out & Over Me Like My Second Dad , He gave me this Conway Twitty Cassette one time when I bought this old school 1978 Ford LTD for Him, Its was a Big As City Block 🤣. & Told Me to Listen to Play, Guitar Play when every I was Feeling Down, My Uncle knew I like those those Big Old School Cars so we would trade out every few months when he would get something different on his backyard car lot LOL I will forever have a Speacil Place in My Heart for Him, know I Got another Guardian Angel Watching Over, Too my JC family please know you are never alone & I am only a ph call away. With Love & My Deepest Condolences Yall Boothell Big Cuz, Keith Brooks
Comment Share
Share via:
C 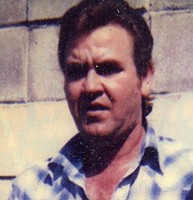 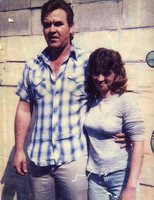 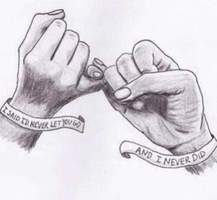