To share your memory on the wall of Sandra Kaver, sign in using one of the following options:

Provide comfort for the family of Sandra Kaver with a meaningful gesture of sympathy.

Sandra had been employed with McGraw-Edison, and later she operated an in home day care center until her retirement.

She was a member of Memorial Baptist Church and was also active and served as chair of the Central Missouri Foster Care and Adoption Association.

She and J.D. enjoyed traveling, especially to Gulf Shores, Alabama and Las Vegas, Nevada. Her family and friends will miss her laughter, sarcasm and uncanny sense of humor.

Sandra was preceded in death by her parents, her husband of 54 years, J.D. Kaver and her son, Charles “Chuck” Kaver.

We encourage you to share your most beloved memories of Sandra here, so that the family and other loved ones can always see it. You can upload cherished photographs, or share your favorite stories, and can even comment on those shared by others.

Posted May 29, 2019 at 12:29pm
She had such a happy soul!
May God bless us all with loving memories of her life with us.
Comment Share
Share via:
NW

Posted May 29, 2019 at 08:51am
My deepest sympathy to Sandy's family! Sandy and I were friends in school...we also double dated many times in our teen years! In recent months we ran into each other a few time and promised to get together! I'm so sorry that didn't happen!
Comment Share
Share via: 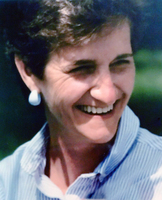